Dora the explore has grown up and is now off on an live action adventure in Dora and the Lost City of Gold now available on on Blu-ray / DVD and Digital.

Note: I received product sample for review purpose. Any personal views expressed are always 100% my own.

To celebrate the films release we enjoyed a family movie night with real life looking Dora, Diego and Boots (who was CGI sadly) as they discovered things and figured out teen life. Honestly as family who watched cartoon Dora, I wasn't sure how we'd relate to real life. Could she still be as adorable? 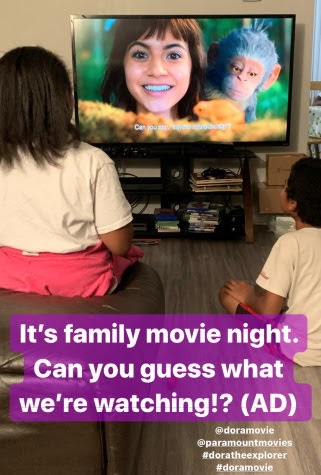 The answer is no. And ironically it was a good thing.

While real life Dora did have some quirkiness of the cartoon Dora, seeing her as an teen dealing with real life issues made her more solid as a character. We liked it! But that's not all we enjoyed about Dora and the Lost City of Gold.

Since this was a live action film, besides Dora, we also got to see Diego and some of their friends as real people. It was kinda cool. As real characters each person brought something interesting to the team and story-line. 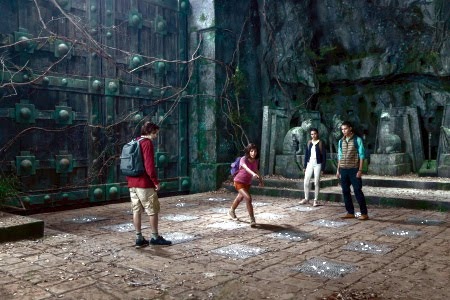 One of the things we love about Dora is she helps us learn things. We learn a bit about nature, how to solve problems and about Latin culture and history. I love that they tied that into the movie. 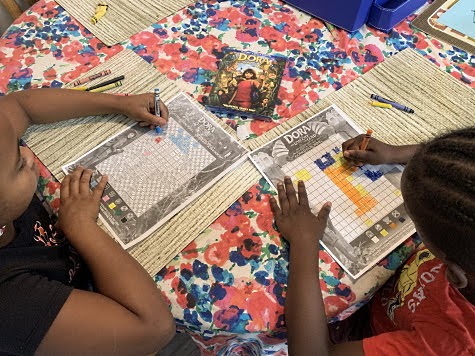 We continued the learning at home with some Activity Sheets. My niece and nephew really liked the code coloring sheets.

But there's lots of Dora and the Lost City of Gold educational printable activities (click to download) for your family including Math Puzzles, Mazes, Spot the Difference, etc.


Balance of Humor and Adventure

While this was a live action movie, there was still some fun cartoon humor in the film. For example the singing. Dora still sings and it's hilarious. But the singing is done at moments that call for it. When it's time for adventure and being serious, the film switches over well.

These are just three reason why my family enjoyed Dora and the Lost City of Gold. I'm sure your family can find more.

Explore a new world of family-friendly adventure with DORA AND THE LOST CITY OF GOLD on Digital and on Blu-ray, DVD and On Demand from Paramount Home Entertainment.

The Digital* and Blu-ray releases boast a wealth of fun-filled bonus features, including hilarious bloopers, deleted and extended scenes, a look at Isabela Moner’s transformation into Dora, a tour of Dora’s Jungle House, and more!

Having spent most of her life exploring the jungle with her parents, nothing could prepare Dora (Isabela Moner, Instant Family) for her biggest challenge yet – high school. When her parents mysteriously disappear while searching for the Lost City of Gold, Dora must swing into action and lead a group of ill-equipped high schoolers on a wild quest to save them.

Hold on for a high stakes mission as Dora and her new friends navigate the jungle, outrun treasure hunters, and solve ancient puzzles to unlock the mystery of the fabled city.


The DORA AND THE LOST CITY OF GOLD DVD includes the feature film in standard definition.

ENTER TO WIN THIS GIVEAWAY!