Can fire fighters be good childcare providers? This funny question was explored in Paramount Pictures's film PLAYING WITH FIRE. To get the equally funny answers to this question, we attended an advance screening for film, followed by a kids day junket with the director and cast. 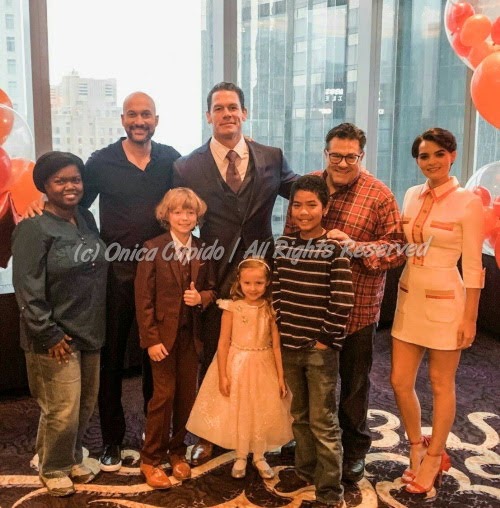 Note: I was invited as media by Paramount Pictures to the film screening and press junket. Any personal views expressed are always 100% my own

Since our review of the film will post later this week, I wanted to share the Q&A interview, plus what it was like meeting John Cena and discussing My Little Pony. 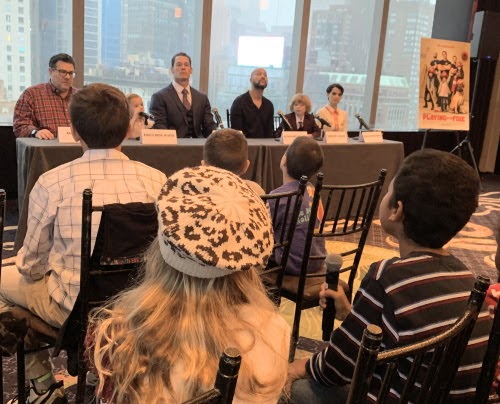 While my convo with John about My Little Pony is certainly interesting. It's nothing compared to the moments my son had with John and the rest of the cast.

My son sat with the other kids in their own row and took turns waiting for the mike. And when it was his turn, he was such a professional. He asked his question clearly and to the point!

I was SO proud!  So what question did my son ask?

Is your movie from a book, real life or you just like made it up? 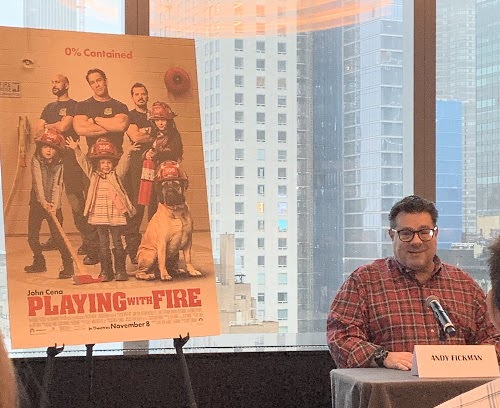 Andy Fickman: Movie is just made up. But it was inspired by, I think, people reading stories about the smoke jumpers. They live a very isolated existence because their depots are not like a fire station in the middle of the city. 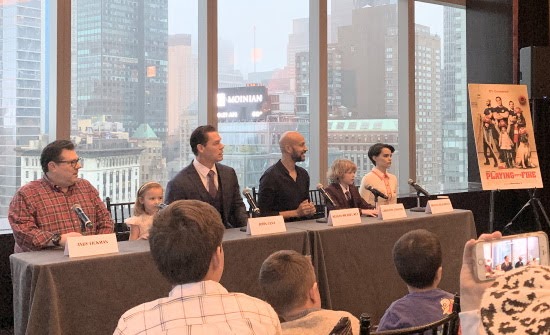 While my son had a good question, so did the other kids! Read on to learn what John Cena, Keegan-Michael Key, Christian Convery, Finley Rose Slater, and director Andy Fickman shared....

Do you own up to big mistakes, like the little boy in the suds scene 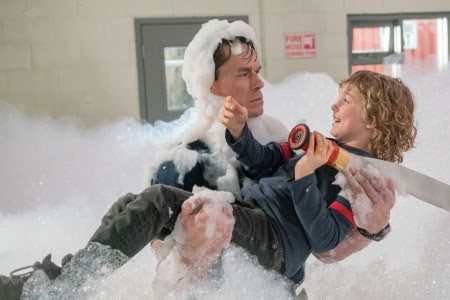 Keegan-Michael Key: I feel like I'm owning up to some mistake every day. Cause it's very good to say--to hold yourself accountable for your actions. Then you can learn from them. And also, it helps wipe the slate clean every day if you--if you really do it. And, the only key to it really, I think, is that you just have to really be sincere.

Sometimes, you ever like you say you're sorry, but you're not really sorry? And then, later on you're like, I'm sorry. But you always feels better if you really apologize from a very genuine place.

Christian Convery: Well, I've done a few big mistakes. And I learned not to climb big structures when it's raining outside, cause I had a huge scar on my face. I had to stay at the ER for a couple of hours. Yes, that was a big mistake.

Brianna Hildebrand: Yes, I've made a lot of mistakes in my lifetime. I think I would second what Keegan said, you know? It's always good to kind of clean the slate. Start fresh. Say sorry and move on.

Did any past experiences help you with the role? 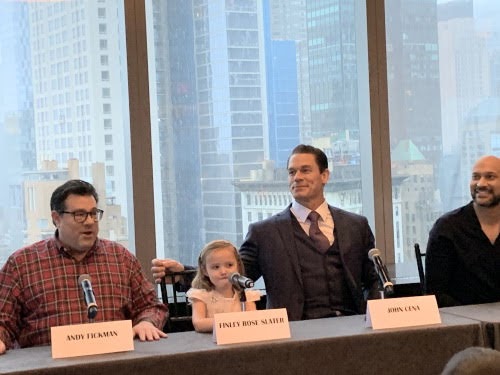 Andy Fickman: I will say the experience that helped me, and hopefully we were able to pass it along to everybody, is we spent time with the real smoke jumpers in Reading, California. And, everything that you see in the movie, the look of the movie and the wardrobe, everything was helped by the actual smoke jumpers. And so, that was the thing that inspired me the most. 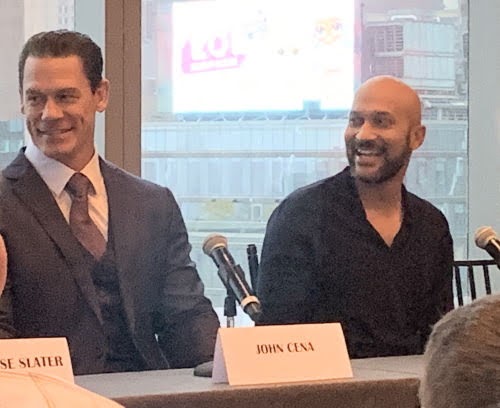 Keegan-Michael Key: When we were young, I used to follow my best friend, who is now a firefighter in real life. We used to get on bikes and ride to fires and stand behind fire trucks.

And, he--my best friend--used to watch. He was like, I'm going to do that one day. I'm going to be that or a fighter pilot. So, he did do it.

So, I've been able to watch a lot of fires. So, I get experience of what it's like when they me about their job and what it's like to be in the mask, seeing the smoke and how hot it really is inside the room. So I use a little bit of that. 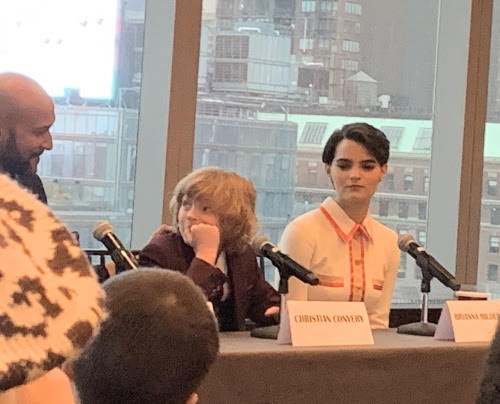 Brianna Hildebrand: I have some older brothers, so, I the experience of being a younger sibling helped me sort of wrap my mind around what it would be like to be an older sister.

As you can see both the director and cast brought something into making their characters special in "Playing with Fire". Overall they did a great job and it's a film that will connect with families.

And what about the "My Little Pony" convo with John Cena? I'll share that in my full review post!

Playing with Fire opens in theatres on November 8 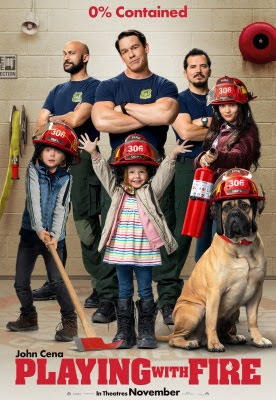 When straight-laced fire superintendent Jake Carson (John Cena) and his elite team of expert firefighters (Keegan-Michael Key, John Leguizamo and Tyler Mane) come to the rescue of three siblings (Brianna Hildebrand, Christian Convery and Finley Rose Slater) in the path of an encroaching wildfire, they quickly realize that no amount of training could prepare them for their most challenging job yet – babysitters.

Unable to locate the children’s parents, the firefighters have their lives, jobs and even their fire depot turned upside down and quickly learn that kids – much like fires –are wild and unpredictable.