In connection with International Day of the Girl (October 11), Disney has released their new global #DreamBigPrincess video series offering advice and inspiration on achieving success for the next
generation of young female leaders around the globe. 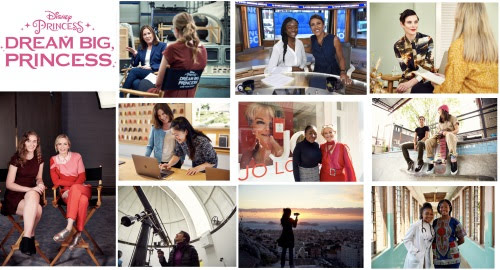 I love seeing the different areas that young girls are interested in, so I was excited to interview Mariana Anaya (Mexico) and Alyssa Gandini (Brazil), two of the young ladies part of the new #DreamBigPrincess video series. 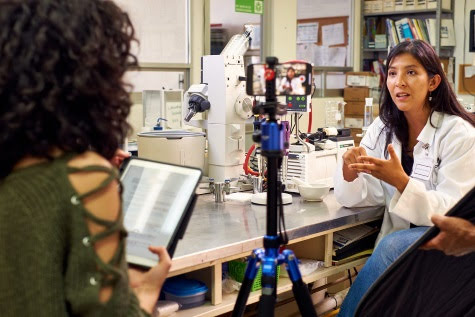 Mariana had the chance to interview Monica Andrea Lopez Hidalgo, who's a Neuroscientist. 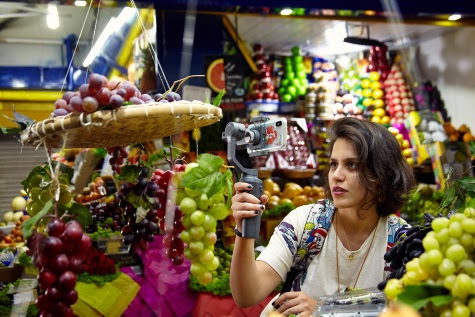 While Alyssa interviewed Paola Carosella, who's a MasterChef Brazil Judge!


What does #DreamBigPrincess mean to you?

Mariana Anaya: Dream Big Princess means giving new and fresh role models that will inspire them to be a Princess by just being themselves.

Alyssa Gandini: For me, this project is all about believing unbelievable things are possible. I never imagined anything like this could ever happen to me, and I think this is a trait we all share as participants. I signed up for it humbly, and later discovered that I should be proud of myself as I am proud of all the other women who are involved in this with us.

Alyssa Gandini: If I could choose one expression to translate what the Dream Big Princess project is to me, it would be "empowerment chain”. I feel empowered and inspired when I see this same feeling in the women who surrounded me in this project and, because of that, I want other girls to feel the same. So on, so forth. It’s a chain.


What was it like being part of the DreamBigPrincess video series?

Mariana Anaya: It was a one in a lifetime experience, I got to interview an amazing woman I look up to and gained 20 sisters in the process.

Alyssa Gandini: It was an unique, inspiring and empowering experience. I learned so much about others, but also about myself, through the creative process we went through, since the workshop in D.C until the launch date. These have been some crazy three months and I loved every step of it.

Alyssa Gandini: However, I guess my favorite part is meeting all these 20 other girls with completely different backgrounds from my own that made such an incredible work with their subjects. Stories inspire us to follow our dreams, and in a world where times are ever so hard, it makes me so happy to see anyone can be a storyteller. Therefore, anyone can be an inspiration to the other, creating a better world and raising better people.


Who is your favorite Disney Princess and why?

Mariana Anaya: My favorite princess is Merida because she defied authority and stood up against her own family to fight for what she believed in. Also, her hair is amazing.

Alyssa Gandini: I have two I look up to the most. The first one is Ariel. As a kid she inspired me to sing, to be myself, to be brave, to chase my dreams and to create the world I wanted to live in. I think it is important for us to reinterpret a lot of the Disney’s Princesses stories and understand that what they live goes far beyond the classical “I need a prince to live”. And Ariel was that case for me, that is why today, I still admire her so much.

Alyssa Gandini: My grown up side, however, screams “Mulan” every time I hear this question. Her relationship with her family, specially her father, reminds me of my own. She inspires me still to be fierce, true, brave, honest, humble, kind, clever and to do whatever it takes to protect the people you love, even if they hurt you. Her story touches me like no other and it makes me cry every single time that all of China bows to her. 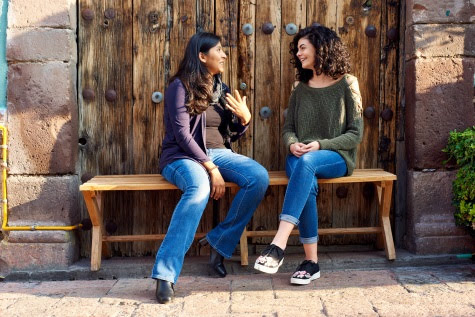 How did you first learn about your interviewee? What stood out about her for you?

Mariana Anaya: I contacted Dr.Monica by email and she loved the project. What stood out most about her was her research, since I’m really interested in neuroscience.

Alyssa Gandini: In Washington we had to come up with options for our subjects, and Paola Carosella was already on this huge list of women I thought was inspiring for me. That is the thing though, it was a big list. So we started to narrow it down to people we though that would bring up the most diversity in the campaign and, of course, that would still be an amazing inspiration to me and all the girls and boys who would see this.

Alyssa Gandini: For me, Paola has always been an amazing person to look up to because of her values. She always came to me as someone honest, brave, fierce, decisive, objective and thoughtful of her surroundings and actions. She is true to herself in a way not many people are today and, of course this stands out for me, because it is something I value so much and that I believe people need to have the courage to do so more often. Plus, she created her world from scratch and that is simply amazing! 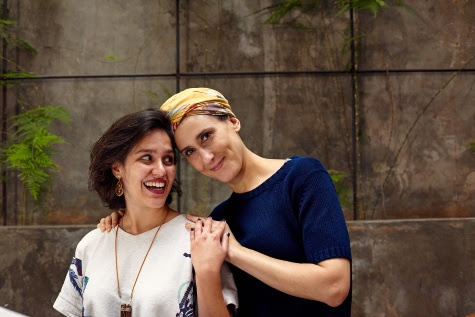 What did your interviewee share during the interview that will encourage you and other girls interested in this field?

Mariana Anaya: She told me that I don’t need to have the greatest ambition to dream big, and by being ñassionate about my work and trying my hardest, I can make my dreams come true.

Alyssa Gandini: I think something that really touched me in the interview and that will touch and inspire other girls, in particular, is the fact that we, as women, carry this huge weight on our backs which is “guilt”. Paola teaches us that we don’t have to make things perfect the first time we try them and that it would be naive of us to think we can make it all by ourselves, without any help what so ever.

She says it’s ok to fail at first, it’s ok to ask for help and that we should surround ourselves with people that encourage us to do what we want and that will help us get there. And I believe that is great advice, no matter which area you are pursuing in your life/career.


You can watch Alyssa interview with Monica Andrea Lopez Hidalgo below

You can watch Mariana interview with Paola Carosella below

To see more video from the #DreamBigPrincess series, visit - www.partners.disney.com/dream-big-princess-video-series

In honor of the new #DreamBigPrincess digital shorts series, all Disney Parks guests around the world are also invited to Disney bound in outfits inspired by their favorite female Disney characters on October 11, declared the International Day of the Girl by the United Nations. Disney bounding can include color schemes, patterns, accessories and more that speak to favorite Disney characters. Disney stores nationwide will also celebrate the launch of the initiative with in-store Dream Big, Princess events on Saturday, October 13th.

Through Disney’s collaboration with Girl Up, the #DreamBigPrincess campaign aims to make a tangible difference for girls who face challenges in achieving their dreams. For each like or share of a video or photo posted publicly with #DreamBigPrincess on Facebook, Instagram or Twitter, Disney Worldwide Services will donate US $1 to Girl Up in support of girls’ leadership and empowerment (minimum donation: $500,000/maximum donation: $1 million). This charitable initiative kicks off today and runs until November 20, 2018.

Spanning a host of professions, an accomplished roster of women share their tips for success in the 20-part series:

This year’s video series builds on the success of the #DreamBigPrincess Global Photography series, which saw 19 female photographers from 15 countries capture inspiring stories of real-world women and girls to encourage kids to reach for their goals.

The campaign reached millions of families around the world unlocking a $1 million donation to Girl Up in less than five days. The images from the multi- award-winning campaign were also honored with an exhibition at the United Nations Headquarters in New York City.

The initiative is part of Disney’s ongoing Dream Big, Princess campaign that encourages kids everywhere to dream big by highlighting key story moments and inspiring qualities that each Disney Princess showcases through her adventures, such as Merida’s bravery, Cinderella’s kindness or Tiana’s perseverance. Disney is committed to helping today’s youth create the future they imagine by providing them with inspiration and opportunity through transformative programming, of which this campaign is an example.
By Onica - October 11, 2018