This weekend we were invited to checked out the "Journey Into The Four Realms", a Pop-Up Experience by POPSUGAR and Disney, in partnership with Glade to spread excitement about the upcoming release of Disney's The Nutcracker and The Four Realms (in theatres November 2nd!). 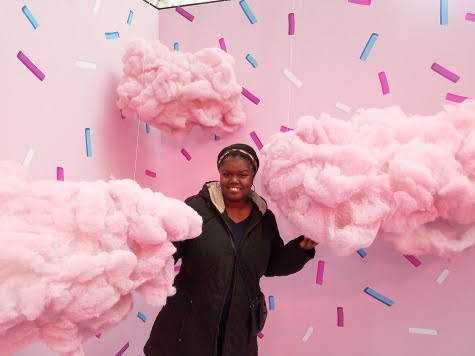 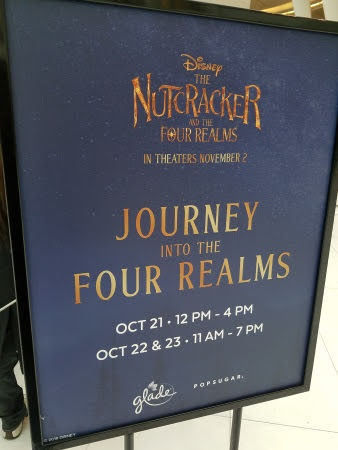 Note: I was invited as media to the event. However any personal views expressed are always 100% my own.

The "Journey Into The Four Realms" Pop-Up was a fun experience, which feature different rooms based on the film's Land of Snowflakes, Land of Flowers, Land of Sweets, and the mysterious Fourth Realm. 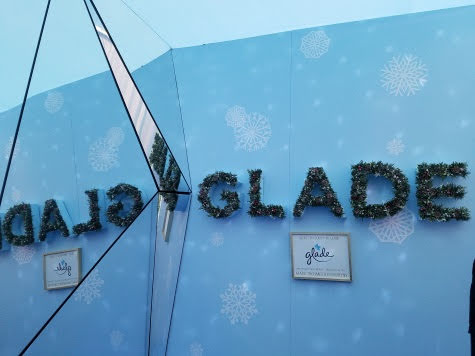 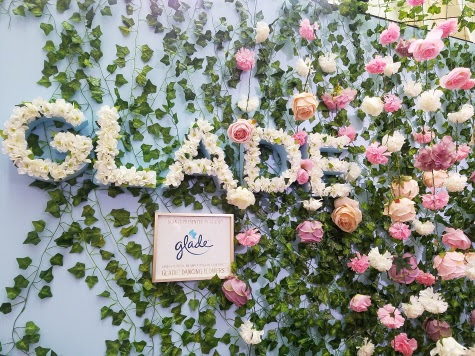 Each room offers props and backgrounds for you to take lots of photos. My son and I spent time discovering the wonders of each room and how it relates to each scent.

At the end of the "Journey Into The Four Realms" Pop-Up Experience, we received a Disney Store Coupon and got to choose a Glade scented candle to take home. The candles scents are the same ones from the themed rooms, which is a nice tie. 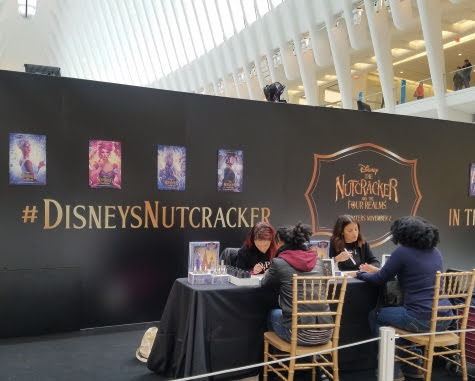 While our experience stopped there, for those that want the full "Journey Into The Four Realms" experience, they can signup to get a complimentary manicures with OPI nail colors inspired by film. Each polish has fun names like Dazzling Dew Drop and Toying With Trouble.

The "Journey Into The Four Realms" Pop-Up is open to the public for three days from Oct 21 - Oct 23.

Tickets are on sale now for Disney’s THE NUTCRACKER AND THE FOUR REALMS — available wherever tickets are sold.

All Clara (Mackenzie Foy) wants is a key – a one-of-a-kind key that will unlock a box that holds a priceless gift. A golden thread, presented to her at godfather Drosselmeyer’s (Morgan Freeman) annual holiday party, leads her to the coveted key—which promptly disappears into a strange and mysterious parallel world.

It’s there that Clara encounters a soldier named Phillip (Jayden Fowora-Knight), a gang of mice and the regents who preside over three Realms: Land of Snowflakes, Land of Flowers and Land of Sweets. Clara and Phillip must brave the ominous Fourth Realm, home to the tyrant Mother Ginger (Helen Mirren), to retrieve Clara’s key and hopefully return harmony to the unstable world.

THE NUTCRACKER AND THE FOUR REALMS opens in theatres everywhere on November 2nd!

Disney's The Nutcracker and the Four Realms - Final Trailer