Can't get enough of the Jurassic World dinosaurs? Then get ready to see them in AR. Universal Pictures Home Entertainment (UPHE) has partnered with Facebook and Messenger to unleash sharable in-store and in-home augmented reality (AR) experiences showcasing the film’s notable dinosaurs. 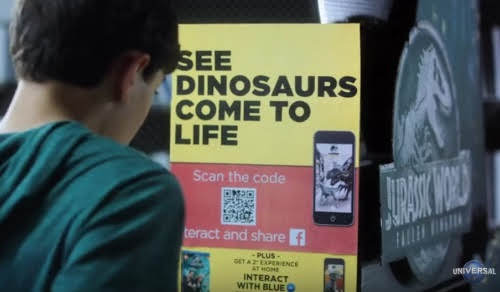 The state-of-the-art AR experiences featuring different dinosaurs from the film, will debut on September 18th, timed to the film’s North American home entertainment launch, before rolling out around the world.

The largest retail effort of its kind for both partners, this is also the first integrated AR experience across the Facebook family of apps – specifically Facebook and Messenger.

On the day of the release, participating retailers across 18 countries will showcase, for a limited time, the eye-catching Jurassic World: Fallen Kingdom in-store displays that will include instructions on how to trigger an AR experience that bring the displays to life.

Shoppers scan a special QR code to launch the sharable AR effect that places the ferocious Indoraptor directly in their path, providing them with an up-close encounter with one of the newest dinosaurs from the Jurassic franchise. In the U.S. alone, this experience spans more than 17,000 stores across multiple national retail and grocery chains. 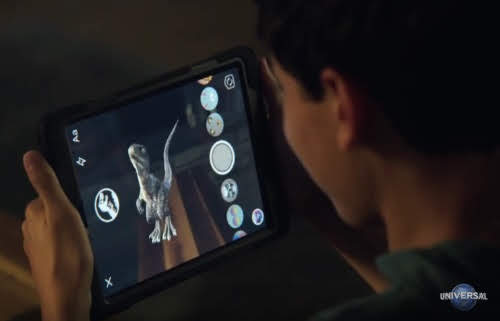 Available in millions of homes around the world, the in-home experience is activated off of a collectible insert within the product packaging using the Messenger camera. The experience unveils an interactive, baby version of the film’s Velociraptor hero, Blue.

The animated Baby Blue can be placed in any environment, and images and video of her behaving curiously, playfully, and aggressively can be captured and shared with friends.

Both the in-store and in-home experiences are compatible with iOS and Android devices. Users should utilize the latest version of the Facebook and Messenger apps. 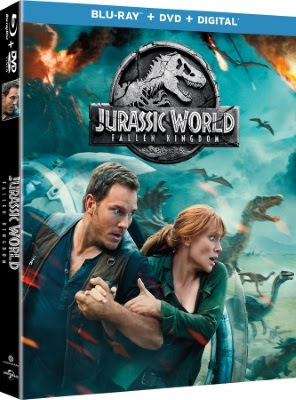 In Jurassic World: Fallen Kingdom directed by J.A. Bayona (The Impossible, The Orphanage) and executive-produced by Jurassic titans Steven Spielberg and Colin Trevorrow, Owen (Pratt) and Claire (Howard) return to Isla Nublar three years after the destruction of the Jurassic World theme park to rescue any remaining dinosaurs on the island from a catastrophic volcano that threatens to leave dinosaurs extinct once again.

Owen is driven to save his lead raptor, Blue, while Claire makes it her mission to preserve the creatures that she has grown to deeply respect. When the lava begins to rain down, they soon discover terrifying new breeds of ferocious dinosaurs along with a conspiracy that could threaten the entire world.

Joined by co-stars James Cromwell (Babe, The Green Mile) as wealthy entrepreneur Benjamin Lockwood, Dr. John Hammond’s partner in creating Jurassic Park, as well as Justice Smith (The Get Down) and Daniella Pineda (The Detour) as Franklin Webb and Zia Rodriguez, members of Claire’s Dinosaur Protection Group; this brilliant cast brings an extraordinary story to life as chaos erupts when Owen, Claire, and their team discover a most deadly endgame that could bring the planet back to prehistoric times.