When I first saw the Focus Features film TULLY, I was excited and grateful, because it offered a realistic view of the hardship of motherhood, along with the amazing moments.

Now that Universal Pictures Home Entertainment has released TULLY on Digital, Movies Anywhere, Blu-ray, DVD and On Demand, you can watch this touching story at home. 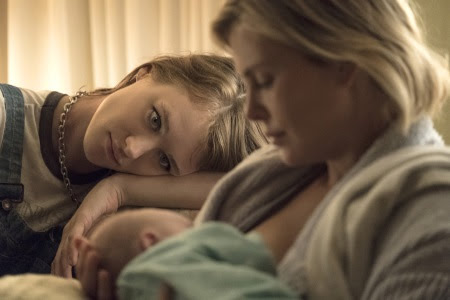 Note: I was invited as media to the movie screening by Focus Features and received the bluray for review purpose. However any personal views expressed are always 100% my own.

Tully on Blu-ray, DVD and Digital showcases the ups and downs of motherhood and includes a special bonus featurette that takes viewers deep into the unique relationships between the film’s characters and its insightful story. 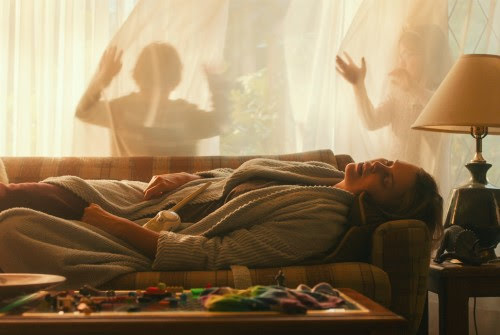 Like most mothers with a newborn baby Marlo (Charlize Theron) has a lot to juggle. Nights and days of the repeated routine of feeding, changing and comforting. Add to that the needs of her other two children, one who is on the spectrum and husband, who's sorta disconnected from her.

It's A LOT. But Marlo tries to handle it all with a smile. Til she can't. And that's where the movie takes an interesting twist and introduces "Tully", a young night nanny who is there to help Marlo.

But does she? Ironically yes. And it's an interesting point of the movie. Tully come into Marlo life to help her get through a "rough" stage because she knows Marlo loves her family and wants to be a good mom and wife but at the moment can't handle everything. 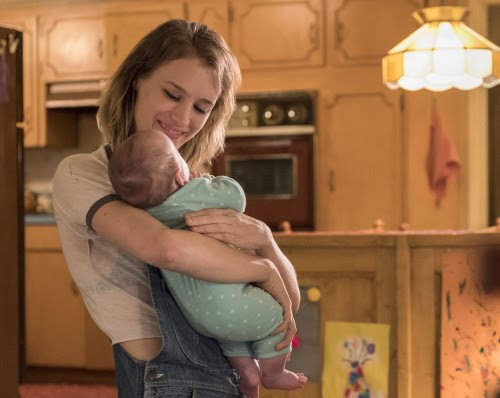 Goodness it's SO touching and amazing and needed. But sadly, it’s a break in Marlo's mental stability since Tully is not real, but is an alter ego for Marlo. And it's heartbreakingly sad that Marlo had to make Tully.

But the reality is that moms, whether new or many times over NEED help. Some more then others but ALL of us do. Raising a family takes A LOT emotionally, mentally and physically. I can testify to this!

And while TULLY has a dark surprise, overall the story and message isn't dark. Far from it. It shows how much Mothers love their families and will give ALL of themselves to be there. But we shouldn't have to. Not to the point of our mental health.

Giving a mother support and encouragement makes much a difference. And I was glad to see that Marlo received that from her husband and community in the end. I can only hope that the TULLY films helps bring needed awareness about postpartum care, mental illness and the need to be there for other mothers that's SO needed.

Tully follows Marlo (Theron), a mother of three including a newborn, who is gifted a night nanny by her brother (Duplass). Hesitant to the extravagance at first, Marlo comes to form a unique bond with the thoughtful, surprising, and sometimes challenging young nanny named Tully (Davis).

Filled with uplifting and hilarious moments, Tully on Blu-ray, DVD and Digital showcases the ups and downs of motherhood and includes a special bonus featurette that takes viewers deep into the unique relationships between the film’s characters and its insightful story.