Earlier this year I shared a bit about Rise of the Teenage Mutant Ninja Turtles, the new 26-episode series that reimagines the TMNT iconic series. At that time the news was John Cena will voice Baron Draxum, the villain. 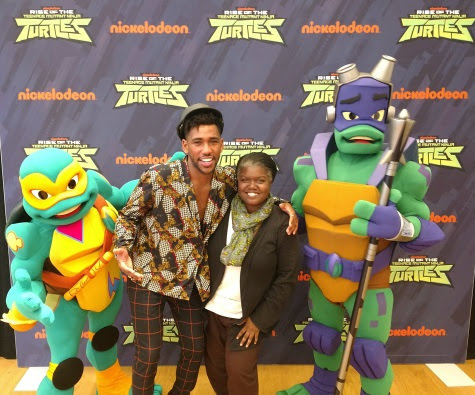 Note: I was invited as media to this event. However, any personal views expressed are always 100% my own.

But now I have news about Brandon Mychal Smith, the voice of Mikey, plus a first look at the upcoming toys and products for the series. 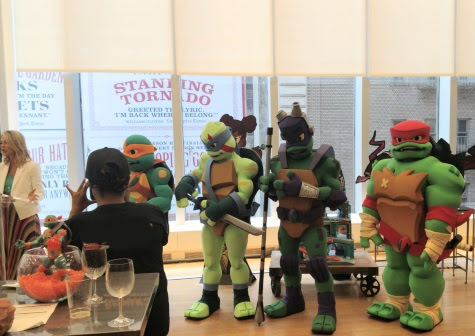 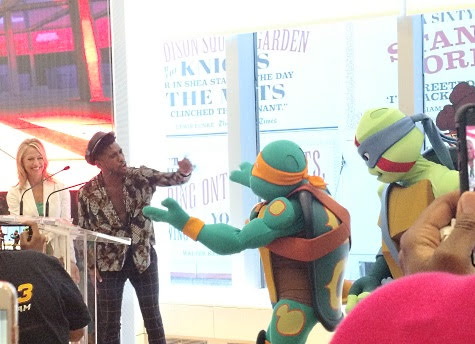 So what was it like meeting Brandon? He's so fun. I recorded a bit of video during the presentation so you can hear him talk about voicing Mikey and working with the other TMNT voice actors.

Brandon Mychal Smith at Rise of the TMNT Toys & Products

After the presentation (and posing for photos with Brandon), I had to check out the Rise of TMNT toys, which offers so much play fun for kids (and adults, be honest). 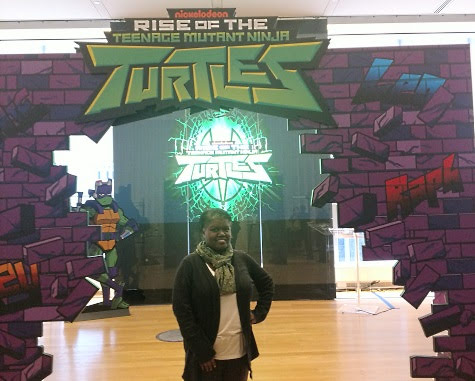 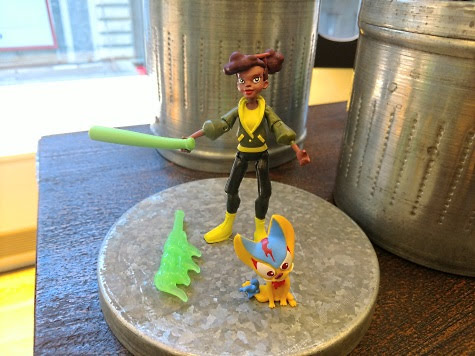 Fans can also be part of the SEWER SQUAD! Playmates Toys is also introducing a Pizza Points Loyalty program, where fans can collect and redeem pizza points for awards! Be on the lookout for a secret code in every Rise of the Teenage Mutant Ninja Turtles Playmates Toys package.

Kids can collect all of the signature training weapons in the Turtles' arsenal and channel their powers to become their favorite Ninja Turtle! 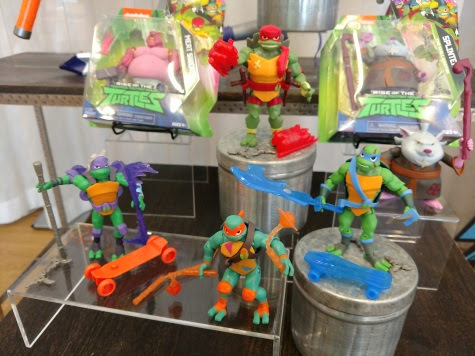 This highly detailed "Rise of the Teenage Mutant Ninja Turtles" action figures are uniquely sculpted and fully articulated, with heights ranging from 3.25” to 5.0".

The collection features the four Turtles, as well as new characters Baron Draxum, Meat Sweats and others introduced in the series. Each figure comes with unique translucent accessories, and is compatible with most of the vehicles and playsets in the line.

Each action-posed, deluxe figure stands 5.5” tall, and is ready to take out the baddies with shell kickin’ ninja action.

Set the Ninja in motion, and let go to activate deluxe flipping action! The Turtles let out an aaaaaaaction shout as they flip, and then land their flip with a signature Turtle weapon sound effect!


Shell Hog Vehicle with Figure Assortment $19.99 each for 4+

The Turtles rev up on their new Shell Hog motorcycles to take out any villains they encounter.

Equipped with spring loaded projectiles, high or low attack seat adjustability, and the ability to connect to each other, the Shell Hogs pack a punch going into battle. They can also launch off the Turtle Tank group vehicle (sold separately)

The Turtle Tank group vehicle is 2 toys in 1 – it transforms from vehicle mode into a 2-in-1 Mobile Ops unit with a towering secret lab!

First, in vehicle mode, the front cab opens and two Turtles can sit inside, driving the brothers into action. Then, Donatello’s removable lab rises up and serves as the mobile command headquarters as the Turtles spy and plan to defeat the baddies below.

The Turtle Tank is compatible with the Shell Hog vehicles (can be connected to each side of the tank) and even fires them off when the Turtles need to get to the battle fast. Compatible with Rise of the Teenage Mutant Ninja Turtles basic action figures (sold separately).

This massive playset is the biggest TMNT action figure playset ever, standing 43" tall! Kids can discover where Splinter and the Turtles live, play and train!

Rise of the Teenage Mutant Ninja Turtles follows the band of brothers as they discover new powers and encounter a mystical world they never knew existed beneath the streets of New York City.


Rise of the Teenage Mutant Ninja Turtles reimagines the iconic series and breathes new life into the classic characters, with jagged-shelled Raphael as a snapping turtle, wielding twin tonfas as his weapons; Leonardo as a red-eared slider, using an Odachi sword; Donatello as a soft-shell turtle, sporting a tech-bo staff; and Michelangelo as a box turtle, arming himself with a kusari-fundo.

Along for the adventure is the Turtles’ most trusted ally, April O’Neil, a street savvy native New Yorker, and Splinter, father figure and sensei to the Turtles.