'Behind the Scenes' Filmmakers Interview for Disneynature Penguins

In connection with Disneynature’s film “Penguins” opening in theaters this week, I joined around-table interview with the filmmakers to learn about Steve, a 5-year-old Adélie penguin, who goes on a journey during the icy Antarctic spring to build a suitable nest, find a life partner and start a family. 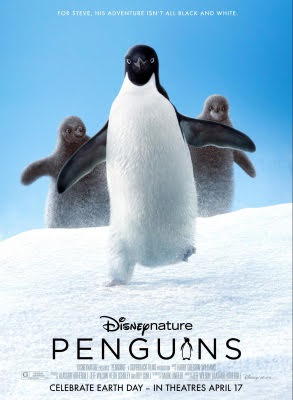 Note: I was invited as media to the movie screening and film makers roundtable. However any personal views expressed are always 100% my own. 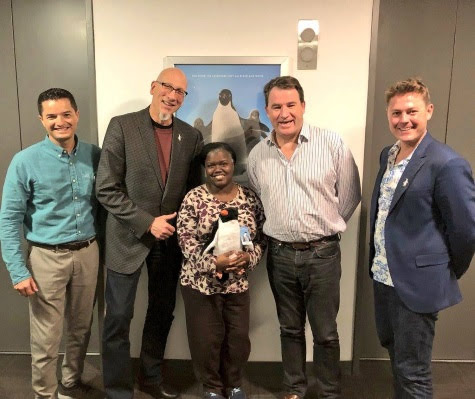 While it seems like a simple story, there's actually alot that goes into capturing it all on film. I'm grateful to Lastair Fothergill (Director), Jeff Wilson (Director), Roy Conli (Producer) and Popi Borboroglu (Global Penguin Society) who took time to share some "behind-the-scenes info with me.


About Steve the Penguin 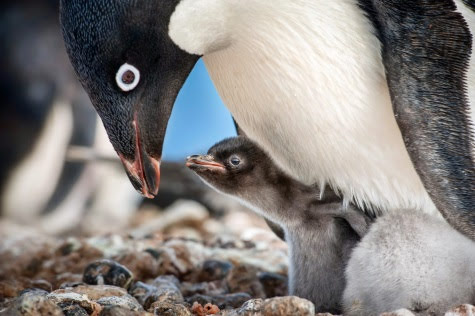 The filmmakers knew they wanted to tell the story of a new father—so finding a young male penguin was important. But what makes Steve, Steve?

“He’s becoming a father for the first time. He returns to the place where he was a chick to build a home and find a mate. It’s so fun to watch Steve compete with all the other penguins to set up his nest and win his mate. It’s hard not to relate to this guy” says producer Roy Conli.

“He’s feisty. He’s full of character, and in a sea of penguins, he’s the guy performing” says director Alastair Fothergill.

“This guy has a big challenge. He has to find some real estate within the breeding colony and build an appealing nest while every other male is trying to do the same thing. It’s that classic issue of keeping up with the Joneses that we might deal with in our own neighborhoods. In some ways, penguins are very similar because they’re so competitive over their nest sites and rock collections” says director Jeff Wilson. 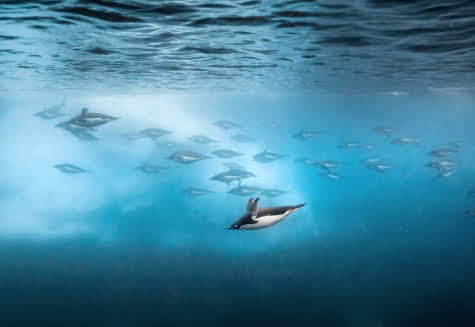 For every ticket sold opening week (April 17-23, 2019), Disneynature will make a donation to the Wildlife Conservation Network (WCN) to help protect penguins across the southern hemisphere.

“People love penguins,” says Dr. Pablo Borboroglu, founder and president of the Global Penguin Society (GPS). “We feel attracted and emotionally connected to them. It could be that we feel attracted by their devotion to their partners and offspring, because they have to make a living, provide for their chicks and commute to find food.

While there are different types of penguins, the Adele were chosen because they are affected by global issues. While watching the story of Steve, audiences will not only be entertained by also exposed to the issues that affect the penguins.

Sometimes people don't have access to nature and animals. But films like these give people access, which leads to awareness. To support those looking for more information, there's educational guide and activity sheet.

Narrated by Ed Helms (“The Office,” “The Hangover” trilogy,”The Daily Show with John Stewart”), Disneynature’s all-new feature film “Penguins” is a coming-of-age story about an Adélie penguin named Steve who joins millions of fellow males in the icy Antarctic spring on a quest to build a suitable nest, find a life partner and start a family.

None of it comes easily for him, especially considering he's targeted by everything from killer whales to leopard seals, who unapologetically threaten his happily ever after. From the filmmaking team behind “Bears” and “Chimpanzee,” Disneynature’s “Penguins” opens in theaters and in IMAX® April 17, 2019.