When Warner Bros. Home Entertainment contacted me about interviewing Sophia Lillis for the home release of "Nancy Drew And The Hidden Staircase" on digital and Blu-ray Combo Pack, I was ready! Sophia Lillis did an amazing job bring the Nancy Drew character into modern life and I wanted to hear her talk ALL.ABOUT.IT. 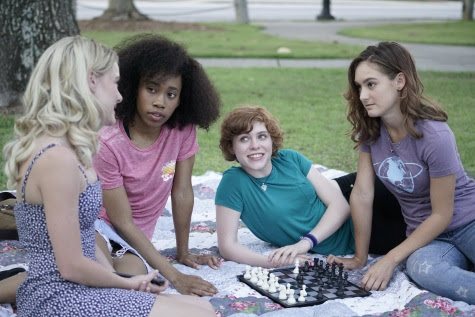 Note: I was invited as media to the movie screening and cast interview. However any personal views expressed are always 100% my own.


During the call, I could hear and feel Sophia Lillis excitement about this role. She really had fun as Nancy Drew, so I asked her about this, along with other questions.

The film has funny moments. What’s your favorite funny moment either on screen or behind the scenes?


Sophia Lillis: Not too many people know that the well was really shallow. So Laura (who plays Helen), and the DP, and a couple other camera and sound people were all squished in this tiny space together. It was really funny.


While Nancy has fun times with her friends, they also helped her solve mysteries and support her emotional as she adjusted to being in new school and city. I thought this was well done and loved seeing female friendship being "good" on screen. So I asked Sophia about friendship.


What are 3 tips for being a good friend like Nancy and her friends in the film?


Sophia Lillis: I personally have very close friend, while it's not a big group, very ver close to each other and try to meet up as much as we can. I think that's what's most important. To feel really comfortable with your friends. You dont have to think I should act this or that way because they would like that. If you just be yourself around people, then you'll find certain people who will like you just the way you are.

During the call Sophia also talked about


After I heard about the project, I started reading the Nancy Drew books. I'm slowly making my way through. I really do love them. One of my favorite is "The Mystery at Lilac Inn". While the previous books were so full of mysteries, this one gets so abstract but I really started to love it.

Updating Nancy Drew as a Person 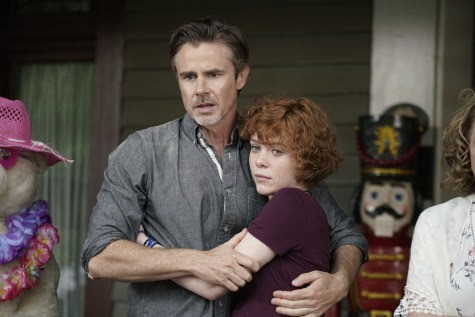 Yes, she is more of a modernized version so the younger kids to relate to her more. Physically, she uses technology more, she rides a skate board, and she's so independent. While she's like this in the book, I noticed that in the books, she's a bit to independent in a way. She spends nights out without contacting her parents and does whatever she wants.

Sometimes it's kinda of unrealistic. You have to contact your dad at least once, while your out solving mysteries and the whole deal. So you see more of the relationship with her dad in the film, you see more of her contacting him and telling him what's she's doing. It's more realistic about how kids really act.


I really liked having this character that was so light hearted. I could put a lot of myself in that character. I'm very light hearted. I talk, I smile a lot and it was really fun putting my little bit of humor into Nancy Drew. That was a lot of fun.

It was great talking with Sophia and watching her bring Nancy Drew to life. You'll enjoy watching her in Nancy Drew and the Hidden Staircase now release on digital (SRP:$19.99) and on Blu-ray Combo Pack (SRP:$28.98) & DVD (SRP:$19.98) from Warner Bros. Home Entertainment. 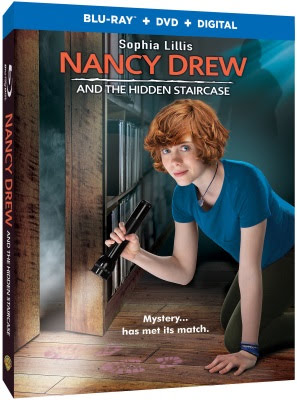 Warner Bros., Ellen DeGeneres’ A Very Good Production and Red 56 present Nancy Drew and the Hidden Staircase, an all-new feature film. The film provides a new origin story for the 21st Century, while staying true to the spirit of the original novels.

Nancy Drew and the Hidden Staircase focuses on Nancy Drew (Sophia Lillis, breakout star of It), a smart high schooler with a penchant for keen observation and deduction, who stumbles upon the haunting of a local home.

A bit of an outsider struggling to fit into her new surroundings, Nancy and her pals set out to solve the mystery, make new friends and establish their place in the community.

The film stars Sophia Lillis (IT and “Sharp Objects”), Sam Trammell (“True Blood” and “This is Us”), and Linda Lavin (“The Good Wife” and “Alice”) and follows Nancy Drew in her new town, making new friends and on a mission to solve the case!

Based on the novel by Carolyn Keene

Nancy Drew And The Hidden Staircase is produced by A Very Good Production and A Red 56 Productions.

Executive Produced by Ellen DeGeneres and Wendy Williams (Free Ride), with Jeff Kleeman (The Man From U.N.C.L.E.) and Chip DiggIns (A Walk In The Woods) serving as producers and Rachel Abarbanell (“Splitting Up Together”) as Co-Producer.