After several weeks in their classrooms studying American history, more than 15,000 NYC area high school students had the opportunity to experience the musical HAMILTON, through a special integrated curriculum about Alexander Hamilton and the nation’s Founding Fathers, during an all-student matinee performance at the Richard Rodgers Theatre. 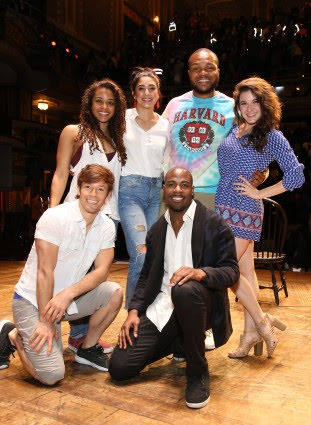 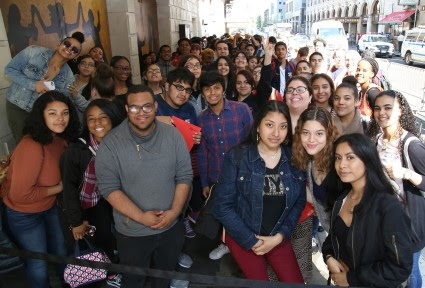 HAMILTON producer Jeffrey Seller – who devised the education program in New York in tandem with HAMILTON creator Lin-Manuel Miranda, The Rockefeller Foundation, the NYC Department of Education and the Gilder Lehrman Institute of American History – said upon it’s inception,

“Today, one of our greatest dreams for HAMILTON came true – sharing this musical with 1,300 high school students whose participation in the study program and reactions to the performance were unlike anything we’ve experienced before. We look forward to building on this educational program all over America.” 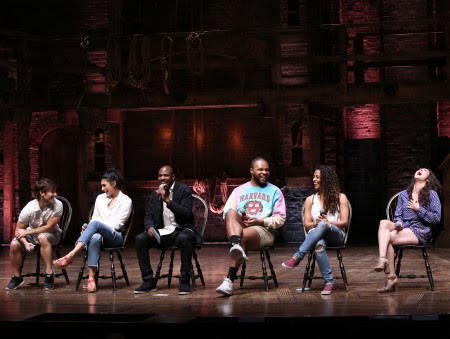 In addition to seeing a performance of HAMILTON, students participated in a Q&A with members of the HAMILTON cast. 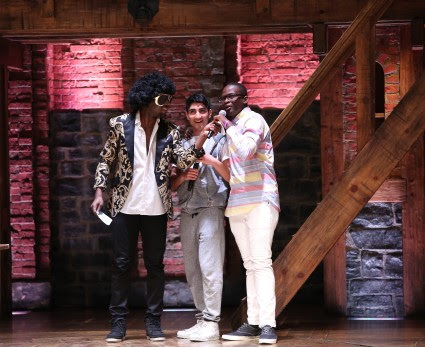 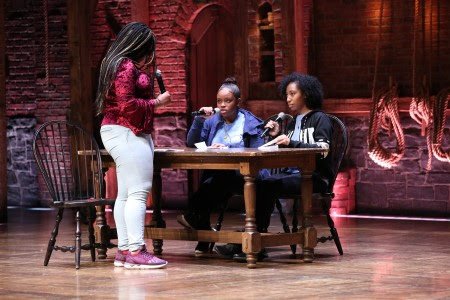 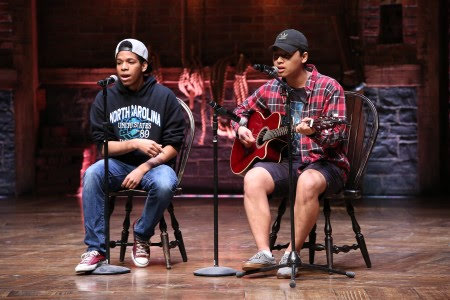 The students also performed an original work they created based on their classroom studies – songs, rap, poetry, scenes, monologues – on Broadway’s Richard Rodgers Theatre stage in front of their peers.

The HAMILTON Education Program underscores the Foundation's commitment to nurturing the vitality of American cultural institutions and the role of the arts as a catalyst for social change.

HAMILTON is the story of America's Founding Father Alexander Hamilton, an immigrant from the West Indies who became George Washington's right-hand man during the Revolutionary War and was the new nation’s first Treasury Secretary. Featuring a score that blends hip-hop, jazz, blues, rap, R&B, and Broadway, HAMILTON is the story of America then, as told by America now.

With book, music and lyrics by Lin-Manuel Miranda, direction by Thomas Kail, choreography by Andy Blankenbuehler and musical supervision and orchestrations by Alex Lacamoire, HAMILTON is based on Ron Chernow’s biography of Founding Father Alexander Hamilton.

The musical is produced by Jeffrey Seller, Sander Jacobs, Jill Furman and The Public Theater.

For information on HAMILTON, visit www.hamiltonmusical.com

Email ThisBlogThis!Share to TwitterShare to FacebookShare to Pinterest
Labels: Arts