3 Things That Surprised Me in Avengers: Infinity War #InfinityWar

This weekend we went to see AVENGERS: INFINITY WAR early. When I say early I mean we were at the box office by 8:30am for the 9am show. We even had reserved seats. That's how serious it was. And how could it not be? 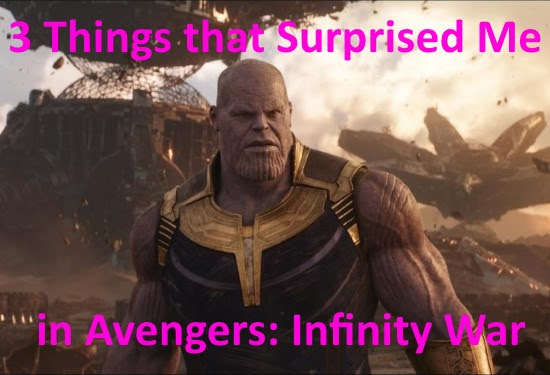 AVENGERS: INFINITY WAR was literally 10 years in the making and featured an all star cast bringing the story of various Marvel Superheroes together. We had to see it!

So how was it? Actually very surprising.

We went to see @Avengers #InfinityWar VERY EARLY this morning. Lots of mixed emos. We're pissed & sad BUT still enjoyed it and looking forward to @MarvelStudios #Avengers4 in 2019! #tmfblog #wankadaforever #spidermanforever
A post shared by Onica Cupido (@mommyfactor) on Apr 29, 2018 at 1:14pm PDT

I mean I knew the story going into the movie, but seeing how Marvel Studios brought things together visually is always a thrill. And then there was the main villain Thanos and his story-line. THAT really surprised. Even though I already knew it!

And I think that's what's awesome about AVENGERS: INFINITY WAR. We all KNOW what's going to happen but there's still surprises along the way. And that is what I want to highlight in this review of the movie.


Destroy half of the universe? No way would anyone agree to such an idea. But after watching AVENGERS: INFINITY WAR and hearing Thanos explain his reasons, you might reconsider. Seriously. While Thanos is a major bad @ss and kicks everyone's butt, he also shows a foresight and empathy to an over crowding problem.

Thanos is all about trying to alleviate the pain and suffering of many by removing a few. And he's willing to give up everything to make it happen. By the end of the film, you have to respect and kinda feel for the guy and what it took from him to make his vision a reality.

The new version of Thor is much better 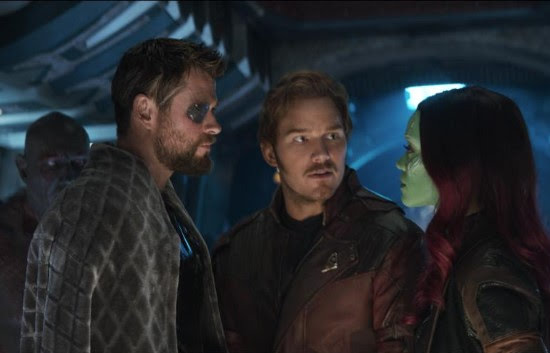 Honestly I wasn't a major fan of Thor. I kinda felt he was two dimensional. He was all "I'll fight and defeat" everyone or....well....never-mind about the two dimensions of Thor. In AVENGERS: INFINITY WAR, the Thor we know has been through some stuff. And it changes him. And I think for the better. He's older, wiser, battle worn but with more depth. And lightening. Can't forget the lightening. I like it!

Thor still makes joke, which is great when he's with Guardians of the Galaxy team, but it's not all he has to offer. Can't wait to see more of this Thor!

While many of the movie goers are new fans, LOTS more are long time fans who started with the comic books. Myself included. So we already knew the story and what will happen. Still Marvel Studios gave us some Easter eggs and head nods with certain scenes comic books fans will "get".

It was a nice and a surprising intimate touch. It feels good to know they care about the long time fans as well as the newer ones. And makes us excited to see how else they'll meld the Avengers world of comics and movies together.

Overall the film was well done and worth watching. Even at 9am on a Sunday morning. Make sure to get your tickets and go see AVENGERS: INFINITY WAR, playing in theaters everywhere !