Now that ANT-MAN AND THE WASP has released in theaters, fans of the film will probably have a lot of comments for Director Peyton Reed, about the overall story-line, which was great and the ending credit scene, which was...so not great! 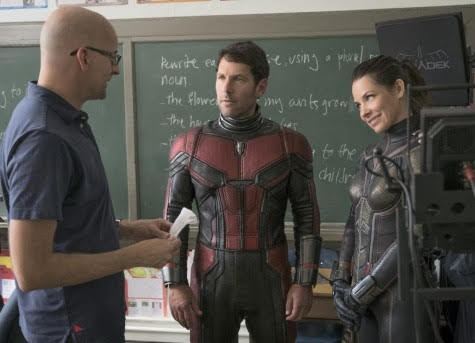 After screening the film for the L.A. #AntManandTheWaspEvent press junket, I couldn't wait to hear what Director Peyton Reed had to say about the scenes that made us go "aaaawwww" and the other that made us go "urggggghhhh!" 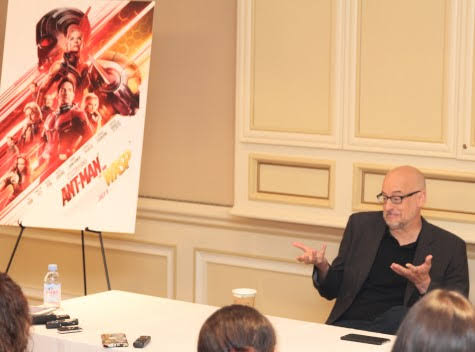 Peyton Reed: It was not completely planned in the beginning. We knew we were gonna have to deal with that thing at some point in some way. Actually, we weren't sure at the beginning.

We knew that our movie was gonna take place, it's sortta not only a sequel to Ant Man, but also to Civil War. Because we couldn't ignore what Scott Lange did in that movie. But we weren't always sure how we were gonna fit into the larger timeline with regards to Infinity War.

Peyton Reed: Somewhere during the process, this idea occurred to us like Oh, well we could do -- we could do something like that.

And it seemed to work for us tonally, and sort of allows us to do our very stand alone movie but, have it fit into the larger Marvel happenings. 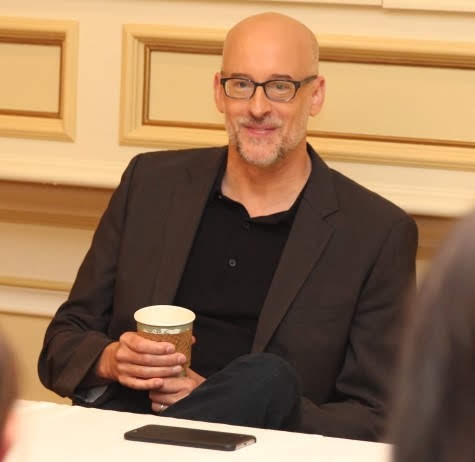 Peyton Reed: How that came about was for a very brief time, years ago, I played drums in a Morrissey/Smiths cover band called "Louder Than Bombs" and we played a few shows here in Los Angeles just for fun.

I learned that Morrissey, who's from Manchester, had a huge following in Los Angeles. And because of his particular singing style, it really occurred to us as something that Luis would know about and be into, particularly the idea that his Grandma only plays Morrissey.

Peyton Reed: It just seemed like one of the crazy things Luis would mention in the course of his conversation. And that is one of the things we were talking about, how are we gonna do it in this movie. How are we gonna do a version, of what we did with Luis in the first movie, that doesn't repeat it.

And so when the writers came up with the idea of the truth serum thing? Yeah, that was really fun.

But Morrissey, obviously we had to get his permission to use the songs and knowing how mercurial he is as a human being, I wasn't sure, but he to like the idea, so he said yes.

Cassie Lange as a Superhero

Peyton Reed: I think that everybody's aware, from the first Antman and now in the Antman and The Wasp, who Cassie Lange is in the comics and that she does become a hero. So I think we wanted to definitely start laying some groundwork for that possibility. I don't know what specific plans are but I really liked the idea.

It's fun to work with Abbey three years later now. I always love in movies when you see a little kid 6yrs in the first movie and now 10yrs, you see how she has sort of grown.

I like the idea that you have these glimpses, where she goes toe to toe with Agent Wu. And she covers for her Dad and she's got -- that side of Scott, you know, that's, a little mischievous and everything but she's a tough kid. And I really love the idea of doing that intimate scene, where she's talking about maybe needing a partner and in her mind, it's her and him. 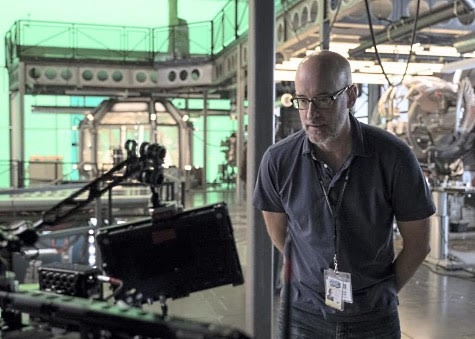 Peyton Reed: I think that's one of the things that I liked the most in the movie, is that Scott, the evolution of the Scott/Cassie relationship. It helps that Abbey is so good. She's such a really focused young Actor, and it's sort of rare.

Really, Fathers and Daughters is a real thematic. It certainly wasn't in the first one. We wanted to progress that in this movie, whether it's literal Fathers and Daughters, like Hank, and Hope and Scott and Cassie are more figurative like you know, Bill Foster and Ava, his ghost. I like the idea of furthering that theme.


ANT-MAN AND THE WASP is now playing in theaters everywhere!