In Ant-Man and The Wasp, Michael Douglas reprises his role as Hank Pym and takes us back into the quantum realm for a new adventure. During the L.A #AntManandTheWaspEvent press junket interviews, Douglas shared about being reunited with the cast and keeping the humor balanced with the story-line. 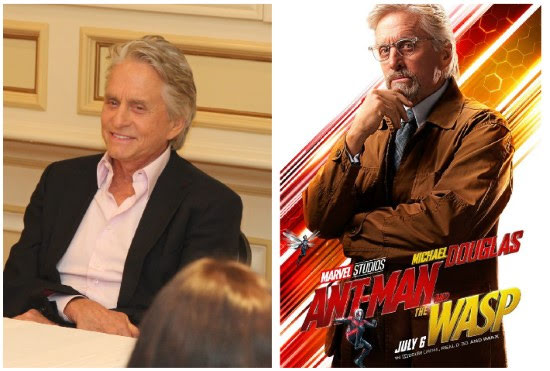 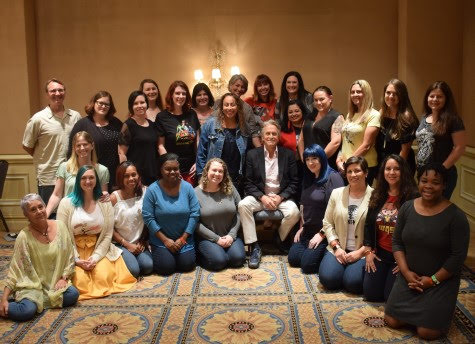 Being reunited with the Ant-Man cast 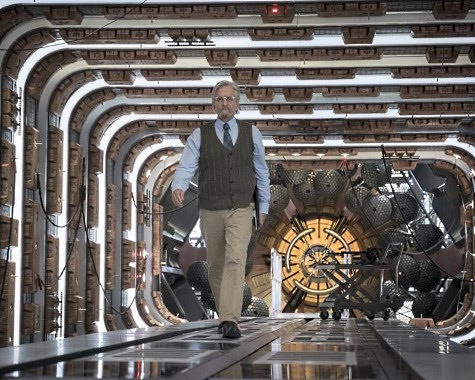 Michael Douglas: There’s just an inherent relaxation and joy normally about a sequel or why you look back in the old days, why actors and actresses work together or directors together, you don’t have to introduce yourself again, you know. You know each other.

There’s a comfort factor which makes it much easier. People know your own sense of humor. You’re not going to offend anybody. So, I mean the comfort factor is really nice. Michael Douglas: I mean that combined with the fact that Paul is just a sweetheart. He’s just a great, great guy so it sets the tone.

You know, most of my career I’ve been number one on a call sheet, the lead. So to be in a supporting role, in a picture like this, you watch how he does it, you assume a lot of responsibility. If you’re smart, if you’re the first, you set the tone. You’re the first one on the set, you make everybody else comfortable to make their best performances possible. So, that part was great with Paul. 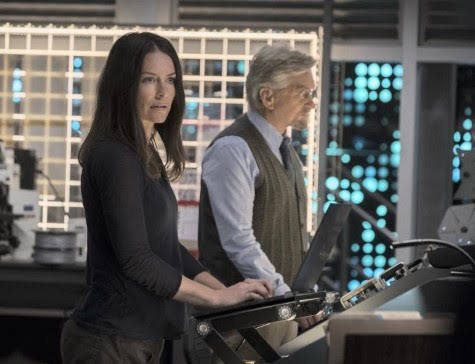 Michael Douglas: And I was excited for Evangeline because I remember, the end the first one, I show her Janet’s suit and there’s this look in her eye as Hope, when she sees her mother’s suit. But what I was looking at her when she was doing the scene, I saw Evangeline going I’m going to be a superhero.

I could see her. She’s loaded, you know. She was ready to go and excited. So, that part was all nice as far as with them.

Michael Douglas: And then you get that wonderful thing of Marvel does a great job of casting, obviously. Michelle was just such a treat. I'm a tremendous Michelle Pfeiffer fan. Never imagined ever getting a chance to work with her. Needless to say, to play 30 years younger. So, that was great.

And Larry Fishburne is, is quite an actor. And then this young lady Hannah John-Kamen, who they were all talking about almost like it was a sports team. We have this great rookie, this girl, she’s fantastic. And she really is. She’s wonderful. 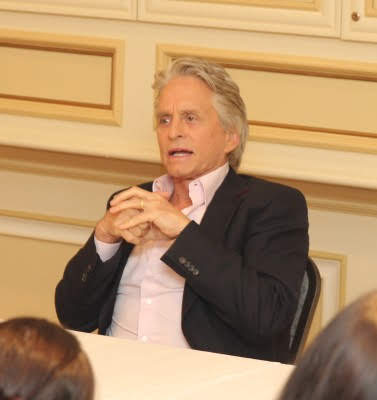 Michael Douglas: This set was a lot of fun. I think we’ve all learned. I was trying to find my place in this since I did not plan on mentoring Scott. That was not my idea to take over the role of Ant Man, nor do I think he’s proper for my daughter. He was a burglar. So, I was trying to find kind of a dry, a little intellectually aloofness and all of that.

But as far as cracking up, we watch it. When you feel it bubbling up, we don’t let it go there. Because sometimes that happens, it’s hard to pull it back. And then you can lose a lot of time.

Michael Douglas: But with Paul it’s difficult because he ad libs so much. You know, I’m a little jealous of Paul because I’m kind of carrying the story line, and having to go home to research what the hell I’m talking about and all of this.

And Paul will just come in with some one-liner and steal the scene. And so, he’s unpredictable, wonderfully so.

How Ant-Man and The Wasp can connect people 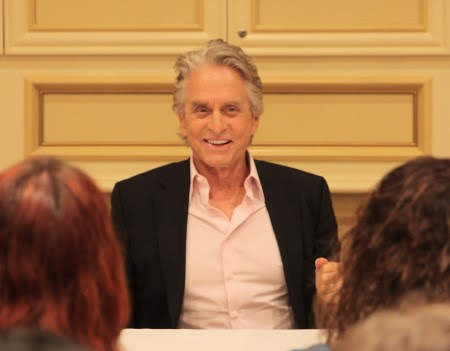 Michael Douglas: I have history as a producer also, so normally when I’m acting or I may lead in a picture, I’m really looking out for the whole film. In that spirit, I know what my role as an actor is, but I know mostly what makes a good movie. And I guess what kind of separates me from most actors is that I’m not just thinking about my role.

Because I’m a producer, I want to be in a good movie. You want to make as good a movie as possible.

Michael Douglas: The thing that struck me about Ant Man ,and now Ant Man the Wasp, is the response that we're getting. It’s such a divisive world right now, both in our country and just around the world. Everything seems to be getting fractionalized.

One of the joys of this business is, you make a movie like this, it’s a worldwide success. And the audiences from every continent go to see this movie and they laugh like we laugh. And it just brings everybody kind of closer together. It’s actually the aspect of our industry which I admire the most. And it seems like a good time that we need that.

ANT-MAN AND THE WASP arrives in theaters everywhere on July 6th!