Stepping off the movies and entertainment red carpet

It's no secret I LOVE movies and all the entertainment elements. Matter of fact over the past few years, this site has been semi consumed with movies reviews, interviews and whatnot. But for 2018, that's going to change. 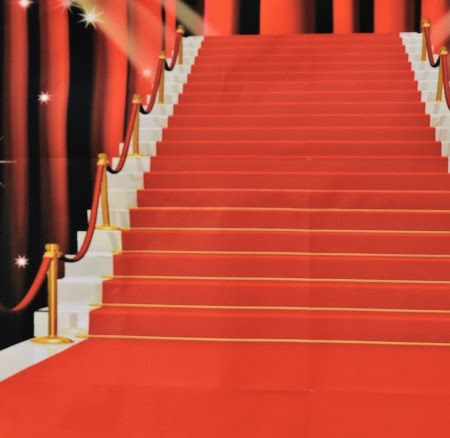 While I can't fully stop covering movies and family entertainment, I can cut back. And I have already started to. Which is probably a good thing because the amount of popcorn, soda and candy treats I ate was getting out of hand!

So what's the deal? Why the change? Well a few things

First, unless I was going to fully become some kind of film critic, being all about the movies wasn't a good fit for this site. I tried balancing the movie info with other posts but really and honestly I wasn't good at it.

Then I thought I could write about films on another site. A site dedicated to movies and entertainment. Which means I have to split my time between my site and another site. Again, honestly I struggle with giving enough time to this site, not sure how splitting time will go. But you never know. I might pursue this in the future.

Second, my families movie interests have changed. When my son was younger it made sense to cover films and home entertainment for that age range. But my son is moving towards the tweens and his interest have changed. Vastly. Now we're dealing with life and social issues, so we're more interested the films that reflect that. Films he can relate to.

On my end, I'm more interested in films for adults. Films I can enjoy on the rare night out alone, or with adult friends or even *gasp* while on a date! Films that make me think, feel or see a different point of view on an adult level.

Third, I want to personally write more. This has been an on going struggle for me. So many times I want to share a thought or something non related to films or even parenting but don't have room on my editorial calendar. Yes I have one of those!

Can you believe sometimes there's no room for me to post about something I want to? On my own blog?! Yeah NO! That's changing in 2018.

So does this mean no more movie and entertainment posting? NO WAY! I'm still posting that info, just less and more target. I'm also changing how I post that info. Gonna try to share more about why I'm sharing about a particular movie, besides it's coming out. Go see it :)

So I hope that explains why I need to step off the red carpet of movies. But have no fear, there's still lots to talk about outside of the entertainment spotlight.

Email ThisBlogThis!Share to TwitterShare to FacebookShare to Pinterest
Labels: Blog