While at the Schomburg's 6th Annual Black Comic Book Festival, we had to check out the digital panels featuring "Black Panther: Soul of a Machine", a graphic novel created by Lexus and Marvel, who partnered on the car featured in the upcoming Black Panther movie. 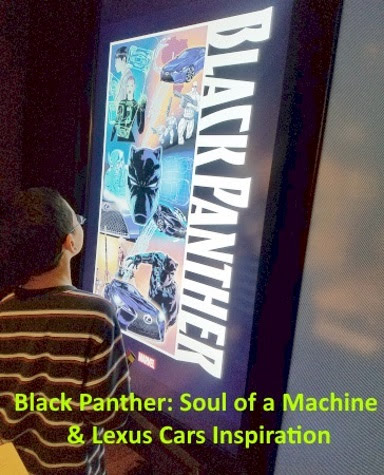 Note: I attended Schomburg's 6th Annual Black Comic Book Festival as a regular person and received no perks or compensation. I am not required to share the information about Schomburg, Lexus or Black Panther.  I shared because, come on, it's all so cool. Any views expressed are always 100% my own.

Envisioned by head writer Fabian Nicieza, the story teams Black Panther with the ultimate machine—the LC 500—as they work together to thwart Machinesmith's villainous plans to infiltrate Wakanda's systems. Contributors to the novel include Geoffrey Thorne and Chuck Brown. 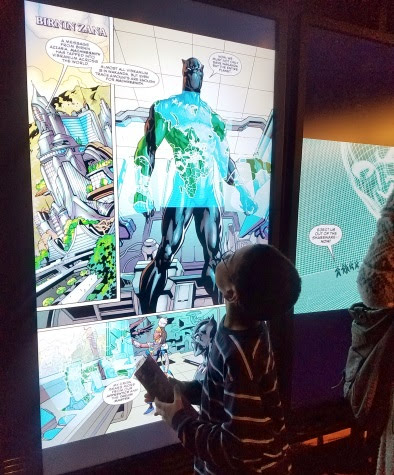 Lexus was also the presenting sponsor of the 6th Annual Black Comic Book Festival. Gotta give a shoutout to Lexus for being down with the black superhero crew!

So while my son was busy swiping and reading the story, I took a peek at the car included in the storyline. I mean come on, that blue car was all kinds of shiny and eye catching. Def something to take note of.

The limited-edition 2018 Lexus LC Inspiration Series (only 100 slated to be sold in the U.S.) features an exclusive deeply saturated, iridescent Structural Blue color. The first vehicle in Lexus' Inspiration Series, it celebrates the attributes of sophistication, performance and innovation embodied by the Black Panther character, King T'Challa, and his home country of Wakanda.

"The Inspiration Series takes our flagship products and makes them even more exclusive and distinguished," said Brian Bolain, general manager, Lexus marketing. "Our collaboration with Marvel Studios' 'Black Panther' features a technologically advanced blue LC and was the perfect inspiration for the first car in the Series."


Inspired by the morpho butterfly, the paint, which contains no actual blue pigment, is developed through an eight-month process. Its unique construction reflects blue light and highlights the vehicle's dynamic design and features to produce a compelling motion effect even when parked.

This vehicle is the first in a succession of Inspiration Series vehicles Lexus plans to create for each of its flagship models.

"This is what it's all about," said Mindy Hamilton, Marvel's SVP of global partnerships & marketing. "We're bringing our two worlds together by letting our imaginations run wild like there are no limits to what's possible. That's what Black Panther and the nation of Wakanda represent in the film, and it's been incredible to work with Lexus as we attempt to re-create that ideology here in our own corner of the universe."­­

Additional features of the Black Panther Inspired LC include:


Much like Black Panther's uniform, the sheet metal of the Black Panther Inspired LC is reinforced with a layer of vibranium weave, making the vehicle almost entirely bulletproof.


Sounds VERY COOL right? Can't wait to see the car in action? You can get a peek in this extended version for "Long Live the King" Commercial, released by Lexus & Marvel Studios' "Black Panther" for the Super Bowl.

The high-impact story in "Long Live the King" revolves around the character of T'Challa in his role as Black Panther recovering stolen vibranium and his nearly simultaneous need to represent his country as king at a world leadership conference.

The Lexus LS 500 F SPORT is the only vehicle both powerful and luxurious enough to keep pace with a Super Hero and escort a king. With appearances by the country's elite bodyguards, the Dora Milaje, and unexpected help from Wakanda, "Long Live the King" will thrill fans.

The song "Legend Has It" by Run the Jewels, with its driving beats and "step into the spotlight" lyric, provides the perfect soundtrack for the action as the Black Panther and the LS 500 F SPORT make their thrilling debuts.

"Long Live the King," directed by Samuel Bayer, incorporates actual footage from the film—notably, of Letitia Wright as T'Challa's sister, Shuri—and features many of the film's actors, including the Dora Milaje team of Wakandan special forces: Janeshia Adams-Ginyard, Marija Abney and Zola Williams.

The ad was shot using only original costumes and gear from the film, including the Black Panther/King T'Challa outfits, Dora Milaje battle suits and vibranium canisters.

Even the film's fight choreographer, Jonathan (JoJo) Eusebio, was engaged to stage the spot's fight scene. It features VFX work by Luma, the studio who created Black Panther's suit FX for the film.


Dang, Lexus is out here doing it ALL for the fans. I'm so excited and proud they see the value in being part of the black superhero community.

Now, can someone get my keys!? I'm ready to drive to the movies for the release of BLACK PANTHER on February 16, 2018! 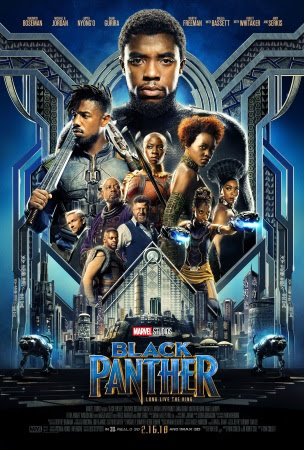 Marvel Studios' "Black Panther" follows T'Challa who, after the death of his father, the King of Wakanda, returns home to the isolated, technologically advanced African nation to succeed to the throne and take his rightful place as king.

But when a powerful old enemy reappears, T'Challa's mettle as king-and Black Panther-is tested when he is drawn into a formidable conflict that puts the fate of Wakanda and the entire world at risk. Faced with treachery and danger, the young king must rally his allies and release the full power of Black Panther to defeat his foes and secure the safety of his people and their way of life.