Just before the release of THE KID WHO WOULD BE KING film, we attended a knights-in-training session at Xavier High School to help my son learn more about "The Knights Code". 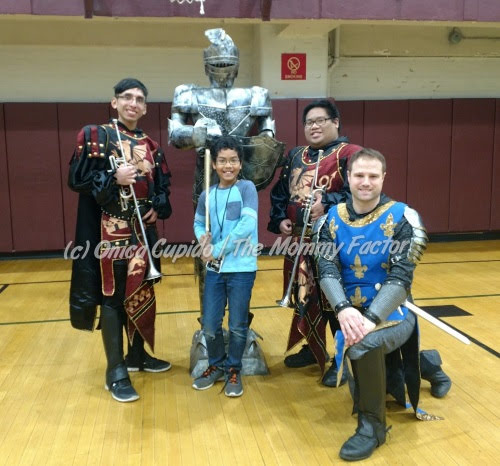 Note: I was invited as media to the movie screening and knight-in-training event. However any personal views expressed are always 100% my own. 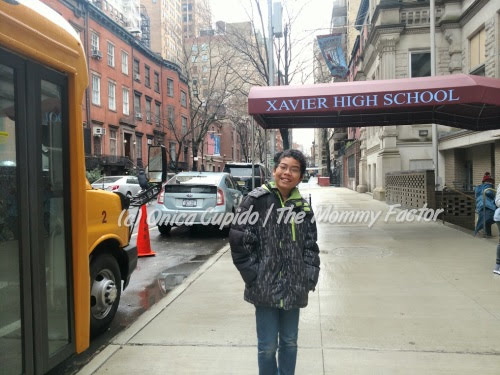 During the training my son would learn Swordsmanship, Magic Lessons and other skills important for a knight. You can imagine how excited my son was to start his lessons. 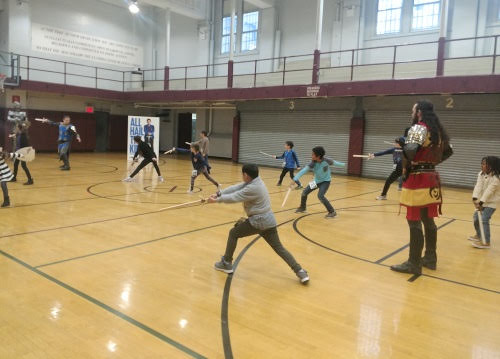 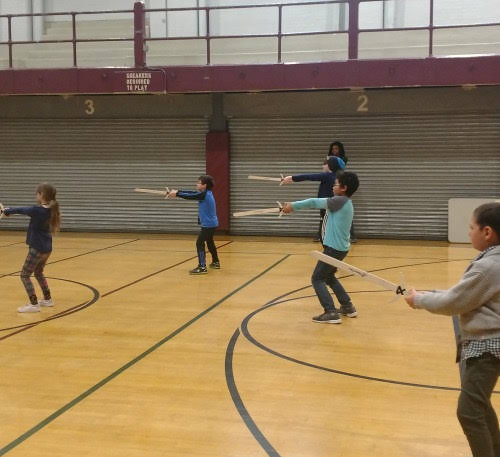 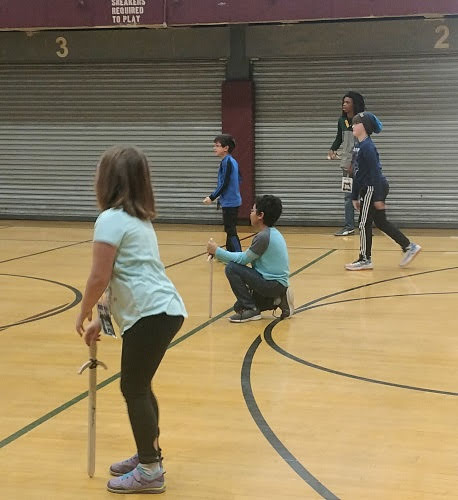 My son joined other tween boys and girls to learn how to hold and use a sword, then to take the "The Knights Code" 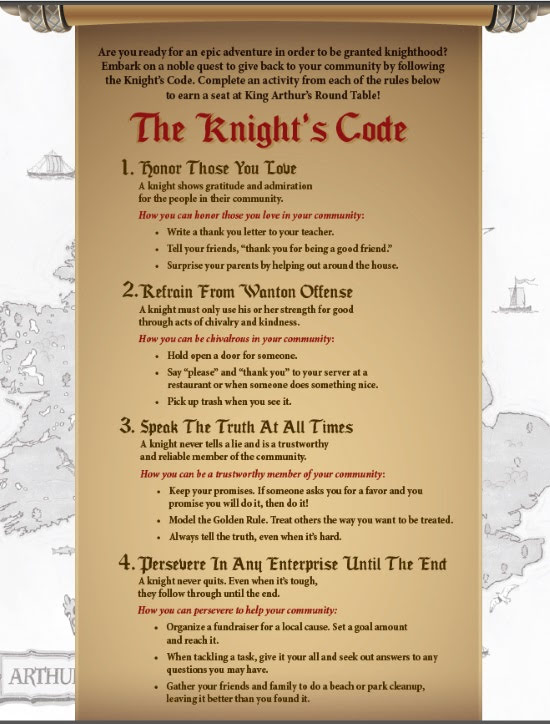 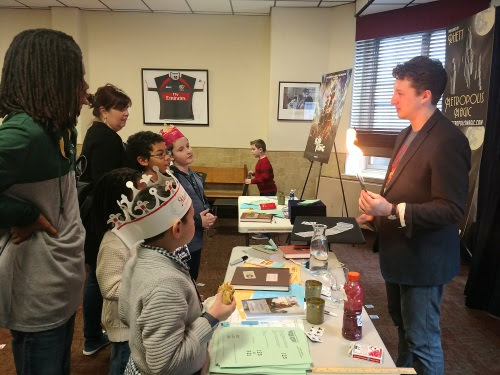 Once my son was Knighted, then it was time to learn magic! There was water tricks, card tricks and fire! While it was all cool to learn, I firmly insisted to the magician that the fire trick remain a secret till my son was older. The magician understood. HA! 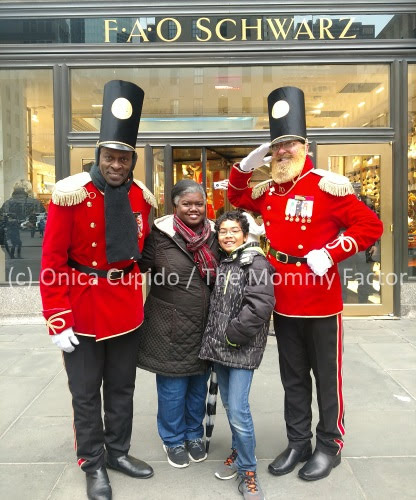 Now that my son had some skills under his belt, it was time to see if he was worthy. So we made a special journey to FAO Schwarz, where there was a special THE KID WHO WOULD BE KING display.

Along with other kids (and adults), my son tried to see if he was worthy of pulling the sword from the stone. Watch the video to see him in action. 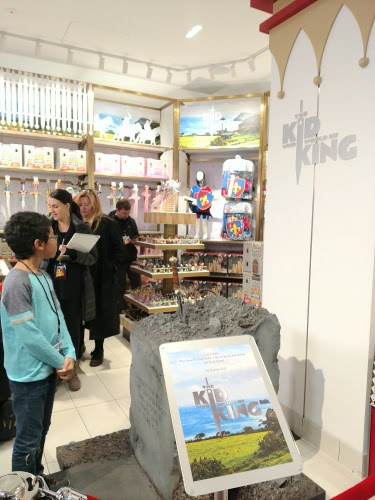 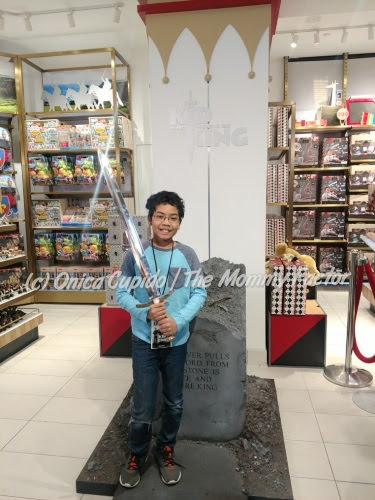 After training all day, my son was found worthy and I became mom to a young knight ready for action. By Merlin's beard!

We enjoyed both a day of knight training and the story-line of "The Kid Who Would Be King" so we can't wait for it to release on 4K Ultra-HD, Blu-ray and DVD on April 16. 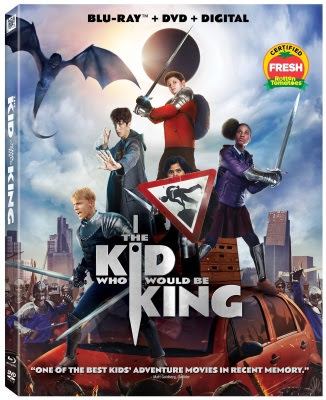 Old school magic meets the modern world in the epic family-friendly adventure, The Kid Who Would Be King. Alex thinks he’s just another nobody, getting bullied at school and told what to do by his teachers, until he stumbles upon the mythical Sword in the Stone, Excalibur.

Now, with the help of the legendary wizard Merlin, he must unite his friends and school yard enemies into an allied band of knights to defeat the wicked enchantress Morgana. With the future at stake, Alex must become the great leader he never dreamed he could be and save the world.

The Kid Who Would Be King | Look For It on Digital, Blu-ray & DVD | Fox Family Entertainment


*Available on Blu-ray and select digital accounts only

Written and directed by Joe Cornish, the film was produced by Nira Park, Tim Bevan and Eric Fellner, with James Biddle and Rachael Prior serving as executive producers.