Sony Electronics will offer a special First Litter Edition of its aibo autonomous robotic "puppy" companion in the United States. To help people learn more about the aibo puppy, Sony has brought it to Sony Square NYC, where they can meet and play with it. 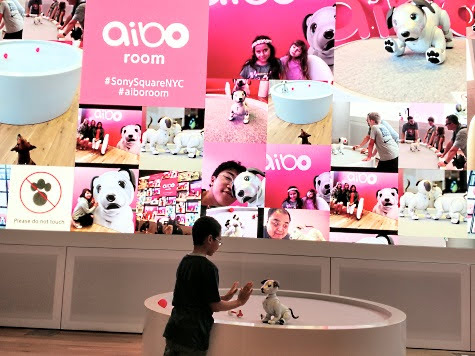 Free play with a robotic "puppy"!? Of course, we had to go and welcome Sony's aibo to NYC! Seems the aibo was just as excited to meet and play with us. 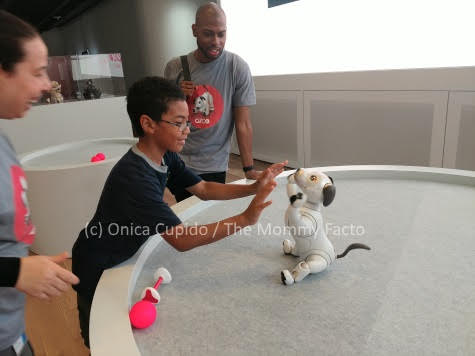 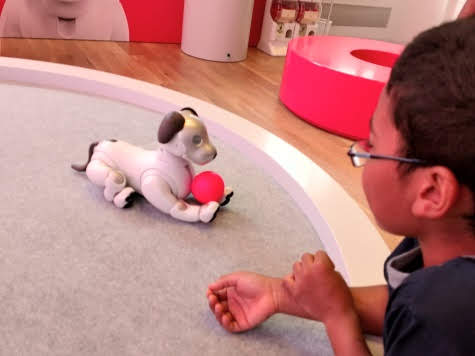 My son spent time learning how to "pet" the aibo, along with getting it to do tricks. The aibo sat down, juggled a ball and give high fives. It was really cute. My son really enjoyed his time with the aibo. 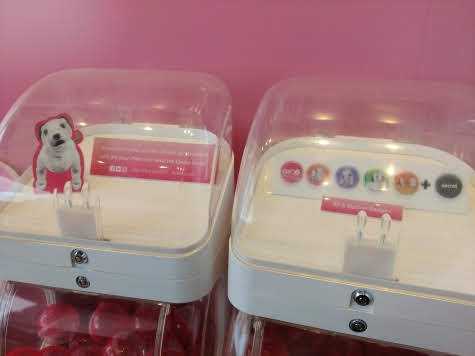 When it was someone else turn for playtime with the aibo, we went around and checked out the other activities including taking a photo to post on social media in exchange for a coin to the Gacha Gacha machine. We received a aibo button badge. 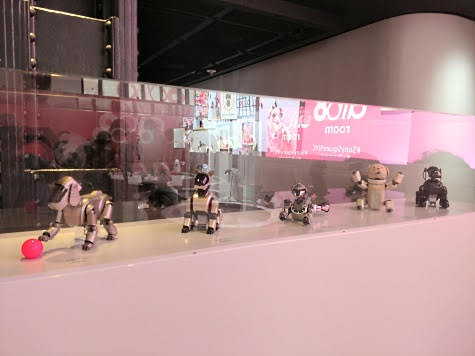 We also saw display featuring the evolution of aibo puppy robot. It's amazing to see the different versions over the years. Yes the aibo has been around for years. But this latest version is so different from the original.

First introduced in 1999, the latest design of aibo is the sixth generation of Sony's companion robot. Unlike previous versions, it pairs cutting-edge robotics with a new, cloud-connected artificial intelligence (AI) engine and advanced image sensors, giving aibo the ability to learn and recognize faces.

As aibo interacts with people over time, it develops its own unique personality through everyday interactions, enabling it to remember what actions make its owner happy and form a deep bond with members of the household.

Make sure you visit Sony Square NYC to get your own playtime with it! 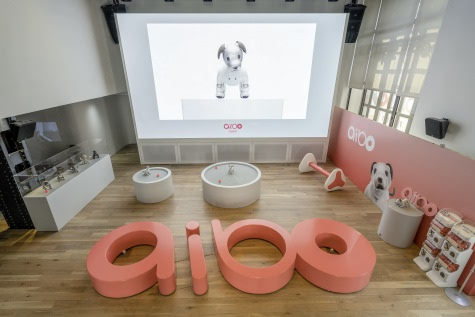 aibo will be exhibited at Sony Square NYC from August 24th to October 14th. The exhibit is open to the public and is the only place to experience aibo before it goes on sale.

Visit Sony Square NYC showroom to meet – aibo – the latest iteration of Sony's robotic "puppy" companion. By combining cutting-edge robotics with unique Artificial Intelligence technology, aibo seeks to develop a friendship with its owner and to create cherished stories that will last a lifetime.

The #aiboRoom has two "puppy pens" where the aibo can sleep, play and explore its surroundings, and interact with visitors. aibo shows its love for its owners through lifelike expressions, movements and gestures in hundreds of adorable life-like behaviors.

Its body language is expressed through a combination of eye, ear, and tail movements, as well as different voice sounds.

Like any pup, aibo enjoys playing with a variety of toys. Sony's First Litter Edition aibo will arrive with a pink ball, an "aibone," paw pads and charging station.

Users can also take their aibo experience to the next level with the "My aibo1 2" app. In addition to accessing system settings and owner information, the app's handy user interface allows owners to check out and share their aibo's pictures, as well as add "tricks" to its repertoire.

Sony's latest generation aibo is one of the products of the Company's broader commitment to technology innovation, particularly in the areas of AI, robotics and image sensing.

By looking for new ways to bring joy to people's lives through technology innovation, such as with aibo, Sony is staying true to its philosophy of Kando – creating an emotional connection with Sony's customers.

Similarly, the company has designed aibo's packaging from 50 percent post-consumer recycled plastic as a reflection of its commitment to environmental sustainability.

aibo First Litter Edition with accessory bundle and three-year AI Cloud Plan will be available for purchase in September 2018 at a suggested retail price of $2,899, with delivery in time for the holidays.

To get the latest aibo updates via email and find additional information on fun aibo features and accessories, visit www.sony.com/aibo