Kathryn Beaumont Interview: Behind the 'voice' of Wendy in Peter Pan

The character Wendy in Disney's Peter Pan is one of the very few females in the movie. Yet she made her mark by taking charge and caring for Peter, the lost boys and her brothers. 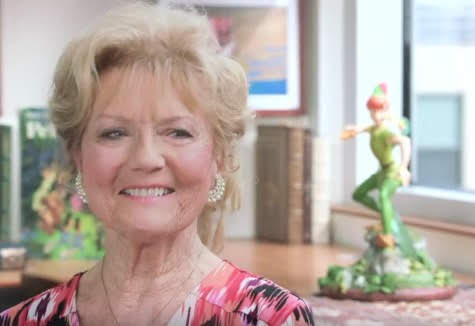 Since Wendy was such a dynamic part of the Neverland adventure, I looked forward to interviewing Kathryn Beaumont (voice of and live-action reference model for Wendy) to celebrate Peter Pan Signature Collection release on Digital and Movies Anywhere and on Blu-ray June 5.

You can hear Wendy (Kathryn Beaumont) and John (Paul Collins) sharing what is was like filming on set in an all-new video clip in celebration of the 65th Anniversary of Peter Pan!


Kathryn Beaumont was 12 years old when she was chosen by Walt Disney to be the voice of Wendy. She also portrayed Wendy on film—but only for the benefit of the Disney animators, as a live-action reference model for their work. Prior to that, in 1949 Disney cast her as the voice of Alice in his animated adaptation of “Alice In Wonderland.”

In 1983 she returned to Disney to resumed her voice-over career recording as Alice and Wendy for theme parks, attractions, video games and television programs.

As you can see, Kathryn has a long connection with Peter Pan and The Walt Disney Company. I couldn't wait to hear what she had to share about working on the film. 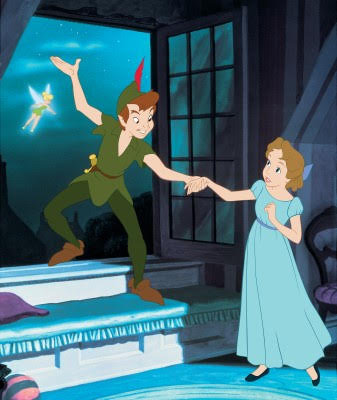 
Kathryn Beaumont: Actually, I didn't give that any thought at the time I was playing the role. These roles were both classics and was loved from way back, from before I was born. I grew up with those wonderful stories and enjoyed them immensely. I felt particularly honored I was chosen to play the voice of Wendy in the Disney version of these wonderful stories.

Then I got to do the live action. Those were some exciting times because I got to do both types of things. I was a lovely experience.


Did you have to prepare for the voice work for Wendy in Peter Pan?


Kathryn Beaumont: No, I was given a script for the voice part and we did the recording for the voice. Since I had the script, I had prior knowledge of what the scene would be about. A few weeks afterward came the live action, which was like doing a film. They setup one of the stages but nothing complicated. There wasn't alot inside the studio, just boxes and different things. You pretended about the characters we were taking to and all of that.

“For the character of Wendy,” she adds, “they wanted a characterization different from Alice. She wasn’t the practical little girl that Alice was because she was growing up and trying to be demure. This all had to come across in her voice. When Wendy got excited she would act like a little girl again and just rattle away. The writers built up dialogue for these moments.”

Do you have a favorite scene in "Peter Pan"?


Kathryn Beaumont: Well, I thought the flying scenes were fun, after I got used to being afraid of being up high and looking down from the rafters above the stage. I enjoyed that.


Why do you think families continue to enjoy Disney films like "Peter Pan"?


Kathryn Beaumont: I think families will continue to enjoy because Disney films are timeless and the talent that went into making these films are very special. It's wonderful to see the talent and work they did in an earlier period that still resonates. They're enjoyable as classic films.

Celebrate the 65th Anniversary of Walt Disney Animation's Peter Pan, available on Digital and Movies Anywhere May 29 and on Blu-ray™ June 5. Joining the Walt Disney Signature Collection, relive the animated classic with more than two hours of bonus features and new never-before-seen extras.

The “Peter Pan” Signature Collection edition offers over two hours of classic bonus features plus never-before-seen extras, including the latest installment of “Stories from Walt’s Office,” which explores Walt’s love of flying and the company planes; a nostalgic reunion between Kathryn Beaumont (the voice of Wendy) and Paul Collins (the voice of John); and new “Oke” renditions of the classic song “You Can Fly” and deleted song “Never Smile at a Crocodile” accompanied by on-screen lyrics and the film’s unforgettable animated characters.


In “Peter Pan,” fantastic adventures await the Darling children—Wendy, John and Michael—when Peter Pan, the hero of their stories, whisks them away to the magical world of Never Land. After flying with Peter and the delightfully impish Tinker Bell past the “second star to the right and straight on till morning,” they explore the enchanted island and Peter’s secret hideout with the Lost Boys, and leap into high-flying battles with swashbuckling pirates and the infamous villain Captain Hook.

“Peter Pan” is the seventh title to join the Walt Disney Signature Collection, which includes groundbreaking films created or inspired by the imagination and legacy of Walt Disney, featuring timeless stories and characters that have touched generations.