A few months back I interviewed the director and cast of THE GREATEST SHOWMAN about the story-line, music and more behind the film. We also discussed racism, discrimination and the interracial love story.

Now that The Greatest Showman has been released on Blu-ray and DVD, I wanted to share more about these issues since it makes a powerful point in the film. 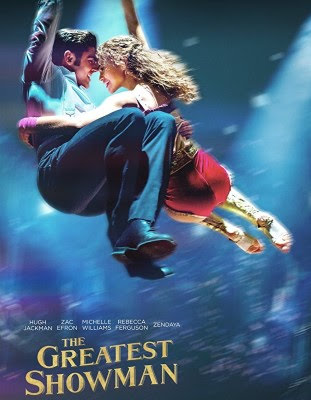 You can read those interview here 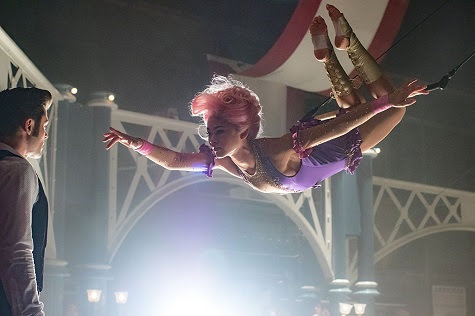 When I interviewed director Michael Gracey, I asked him about bringing in the racism tie-in into the storytelling on the life of P.T. Barnum. I was really curious why and how he actually wrote that in, because, I mean, it fit but it didn't fit.

Michael Gracey: Well, I did a lot of reading, when we started working on this project, and so did Hugh. And we read a lot of books about the life of P.T. Barnum, and he rewrote his own history multiple times. And he was a very flawed character, you know?

But something that I found really fascinating was his support of civil rights, and he was a huge advocate. And I really wanted to reflect that in the film. At the time, seven years ago, I thought it was still relevant to this day. And sadly, it became increasingly relevant over the seven years of developing it.

Michael Gracey: And then, I cast Zendaya, who--I just find her incredible, but she had a lot to say about her own experience with mixed race parents. And so, I think it was a combination. It was a combination of writing the character, of casting Zendaya, writing more with her in mind. So, that's kind of how the evolution of that love story came about.

Speaking of Zendaya, her character Anne love story with Phillip (Zac Efron) brought so much to the THE GREATEST SHOWMAN so it was great to have them share more about it.

Zac Efron plays Phillip Carlyle, the sophisticated man of the theatre who quits his upper-crust life to join the circus – and becomes Barnum’s ringmaster protégé; and Zendaya plays Anne Wheeler, the daring, taboo-breaking, pink-haired aerialist for whom Carlyle falls headlong.

Appeal of their characters 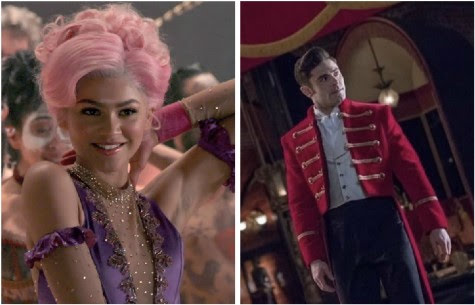 Efron was instantly attracted to The Greatest Showman as “a merging of worlds.” He explains: “I love that even though the story is set in the 1870s, there’s a real modern sensibility and it’s about issues that mean a lot to us today. I thought the script was incredibly creative and done in a way I’ve never seen before.”

Zendaya knew right away the role was for her – especially because Anne is a natural leader of the so-called Oddities.” “To me, Anne is very confident, very poised and very comfortable in her own skin, at least when it comes to being in the circus. I think that’s what the circus does for all the Oddities. It allows them a place where they can believe in themselves, where they can experience respect and love and have a safe space to be who they are.” 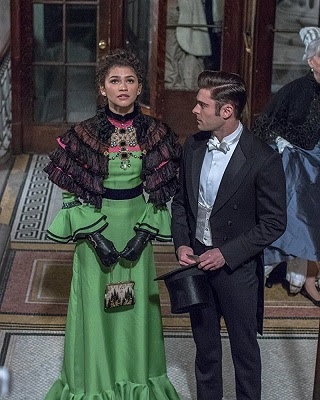 Zendaya was drawn to the love story, because it was honest about the obstacles inter-racial lovers faced for so long in America.

“It’s tragic that Anne and Phillip’s can’t love each other in the way they long to literally due to the color of their skin,” Zendaya says.

“At the time, it would have been dangerous, so most of what they can do is just exchange looks. For Anne, it’s especially hard because she’s dealt with racism all her life and now she’s slowly falling in love with the exact kind of person she always thought hated her. But love is not something you control. Love just happens to you.”

For Efron, Carlyle’s first experience in Barnum’s circus is one of a man having the haze lifted from his eyes. In Wheeler, Carlyle sees someone brave and thrilling, but the fact that she is African-American puts their love in a prohibited zone at the very start.

Says Efron: “Although Phillip’s feelings for Anne are completely real and justified, they’re also forbidden by society at that time and it’s really sad. That was a very different time -- though even today, social boundaries and differences go on preventing love and preventing people from uniting with one another. 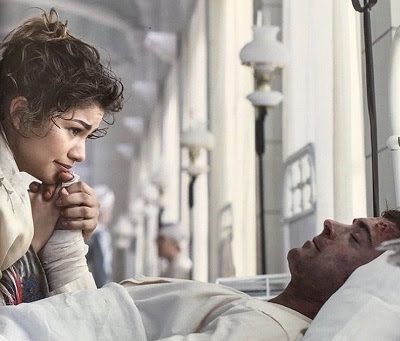 The character gave Efron the chance to get caught up in the kind of cinematic moment that most inspires him. “Falling in love in a musical number on camera is one of my absolute favorite things to do in the world,” he confesses. “I’m not ashamed to say it. I know it’s pretend but when you get to live in that kind of moment for a scene or two, it feels amazing. It brings you back to Gene Kelly and Singin’ In The Rain. Are there any better ways to express true love than in song?”

One of the more romantic songs is “Rewrite The Stars,” a duet between Efron and Zendaya. “That moment is about Phillip’s decision to leave behind the rules of upper-class society and pursue Anne. He’s saying to her the rules don’t exist anymore for me anymore and can’t you dream this with me?

But Anne is more practical because she’s dealt with more hardship than he’s ever known,” Pasek elucidates. “This is the moment they decide to jettison the notion that their love is impossible and dream of a better future. Of course, that’s also what Barnum is always pushing, especially the way Hugh portrays him.” 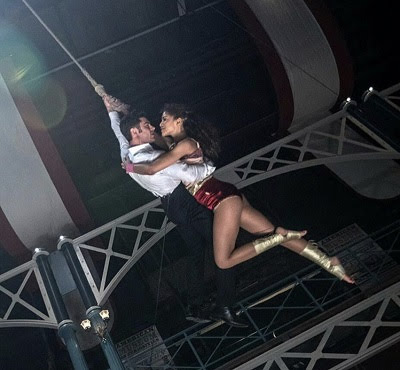 Though Efron has some movie musical chops, he notes that the dancing he and Zendaya do on The Greatest Showman was on another level. “This was some of the most technical choreography I’ve ever attempted in my entire life,” he confesses.

Sharing that his favorite number is the star-crossed duet, “Rewrite the Stars.”, Efron explained: “It’s not your typical choreography and we do some pretty crazy acrobatics. Zendaya was remarkably skilled at trapeze by this point and we were doing aerial stunts, swinging around the room, not even using harnesses. Luckily, nothing went wrong – and it turned out to be really beautiful and unique. I think of it as being Cirque du Soleil meets Shakespeare in a way.”

Zendaya for her part dove into training, spending months working with professional aerialists, gaining upper body and core strength and taming fear. “My body has been through a lot, and I’ve had lots of bruises and soreness to show for it,” she laughs, “but it’s been so worth it, especially seeing Michael’s vision come to life. I never in my entire life thought that I would be flying around in the air but I’m very proud of myself, because I tried my best and came way out of my comfort zone. Now, I’m no longer afraid of heights! 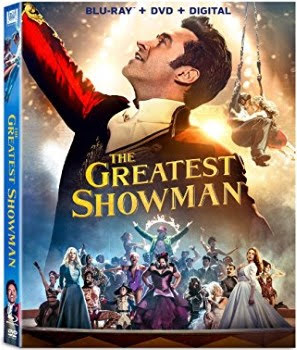