In THE GREATEST SHOWMAN you'll get a peek into the life of P.T. Barnum, which includes women like Keala Settle as The Beard Lady and Rebecca Ferguson as Swedish opera singer Jenny Lind. While watching an advance screening I enjoyed how both women had a powerful effect on P.T. Barnum and the story-line. 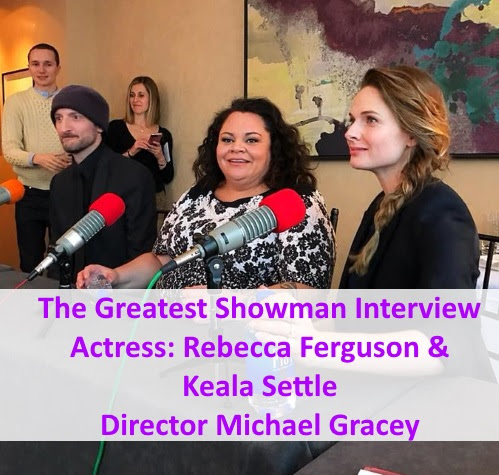 So when it came time for the junket interviews, I couldn't wait to hear Rebecca Ferguson and Keala Settle talk about their roles in THE GREATEST SHOWMAN. The director Michael Gracey also joined the interview and shared what it was like on set with the ladies and cast. 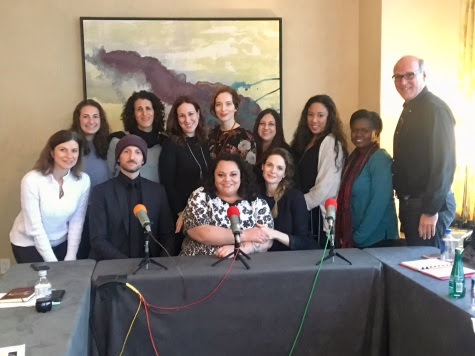 But first I had to ask Rebecca and Keala....

What appealed to each of you about your characters? 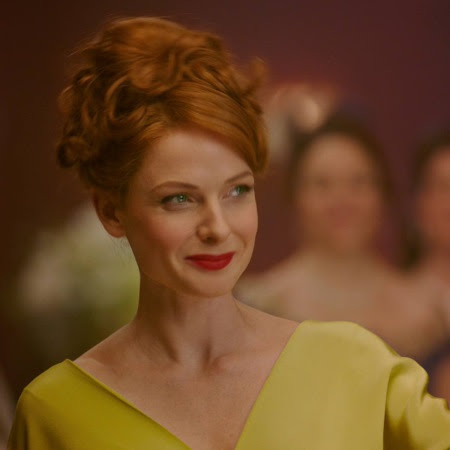 Rebecca Ferguson: I think for me it's kind of grander scale. I have never done musicals, first of all, so I was terrified of going into this genre and that I was going to play one of our cult figures of Sweden, which was even more terrifying.

And I'm not really a singer; bring on more terrifying. And I thought why not just do it and challenge myself? So, I think it was kind of all of those, trying something that I haven't done before and a little homage. 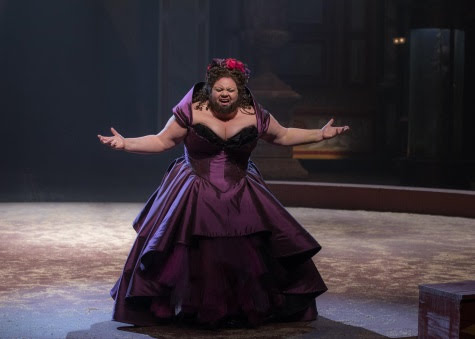 Keala Settle: I tried to hide from playing my part. I was so petrified because this is my first major motion picture, in a role that I didn't know was going to be what it is.

I had no idea. It changed over the course of how it was created as we were creating, you know, in rehearsals and stuff like that before we started initial photography. And the bigger that it got for me, the scarier that it got, because I wanted to hide even more. And I am still, even sitting here in front of you, fighting that right now.

It’s very easy to be scared and to stifle it and act like you're not. It's even harder to be afraid and admit it. And I was surrounded by so many people who I didn't know were there that were.


About acting with "real" emotions

Michael Gracey: I mean, this is how special it was. I would love to take credit as the director for the amazing performance, but I can't because everyone involved in this film, they brought so much to their performance and they did it in a way that was so truthful.

And that's what Keala is talking about, because it was so meaningful to her personally. And so, it was so powerful to just capture that. And it didn't make it easy.


Keala Settle: No, not at all, because I had to let go. You can't lie in a camera because they can see it. There are moments of being on a Broadway stage which are different, and it's a different way you perform and share those emotions that you can convey to that type of an audience.

But when you're in front of a camera, you can't lie. Which means you have to tap in. And the second that you let all of that go, you're not even in your body anymore, which is how it's supposed to be, because you have to let others see. That's what makes a great artist, when they can give of themselves enough to say I'm getting out of the way so that this can come through, wherever it came from.

Sharing how all the actors supported each other


Michael Gracey: I'm a huge believer in the environment that you set on--is reflected in the work. And this cast and this set and the crew created the most amazing environment, and it was such a sense of family with everyone.

You had huge stars coming down and just being on set to support other people's musical numbers. They were cheering. Usually when you work with big stars, you have this person from that time to this time--.And that's it.

And you are fighting desperately to get them just to show up for their scenes, let alone to come and be supportive of each other's scenes.

They all did it. Zac, Zendaya, Hugh, they all come down. Everyone was so enamored with each other and what they were bringing to this film. And that's really what makes it so special. 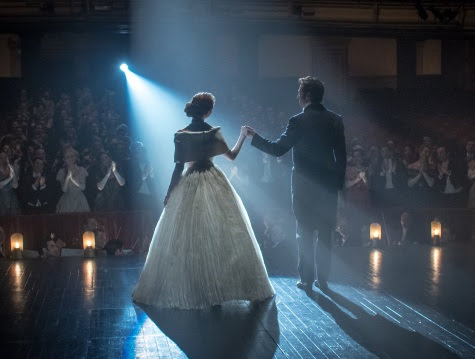 
Rebecca Ferguson: We talked a lot about this before shooting it. I think one because she's not in the film a lot, but she's a generator for the film and how it moves forward, and especially in P.T.'s action and reactions, etc.

I think something that was important for me, was to not make her the--oh, let's simplify it to the bitch, the stealer, the sort of womanizing kind of sex object, but to actually have someone who creates this relationship with a man, which I find so beautiful.

She's an illegitimate child who has actually made it. She is the proof that what P.T. Barnum is struggling for is manageable. And I think that sparks a relationship between them which goes beyond the simplicity of eroticism.

Rebecca Ferguson: It is something stronger. There is an understanding for magic and creativeness. And, you know, she's a character who has been world famous in her own area. But he sees something else in her, and she can sense it. And it's that--those unspoken words-- I think, that we try to bring. Are they friends? Are they not friends? Are they like siblings? What is going on between them?

But not just a superstar. She's revered, so she's transcended her class and she's become revered by high society. So, wherever she came from, she is now adored by all.

Michael Gracey: And that is all Barnum, at a certain point in his life, is struggling for. That's what he wants. He wants to be seen as a patron of the arts, not the guy who hangs out with all of these---.

And so, when he looks at this girl, it's everything that he wants to be.

Michael Gracey: He can talk to her in a way that he can't talk to his wife. And that is the dangerous thing.

Because she (the wife) comes from high class. She will never understand that struggle and that desire of him to be seen as legitimate, whereas Jenny Lind understands it fully. And that, to me, is why that relationship is so electric and so dangerous, because he appeal isn't just one that is physical. The appeal is that--.