When I wrote my review "3 Reasons You'll Enjoy Disney's The Nutcracker and the Four Realms", I highlighted that Clara (Mackenzie Foy) was multi-dimensional as a female character. One of the things I liked was her interest in gadgets. Clara was a techie! 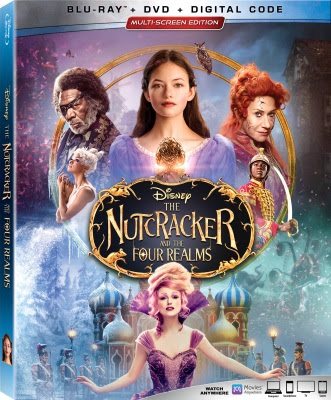 Being a bit of a female techie myself, I love that this video clip "Science, Mechanics, and a Bit of Luck" actually showed her "thinking" how to figure out a solution to an "issue". In this case a mouse trap. HA!

While I'm sharing this clip because today is Kid Inventors' Day (Annually on January 17, Benjamin Franklin's birthday, to acknowledge past & present accomplishments of kid inventors!), I'm also sharing to get you excited to learn more about Clara, when Disney's The Nutcracker and the Four Realms releases on Digital, Movies Anywhere, 4K Ultra HD, Blu-ray™ and DVD Jan. 29, 2019. 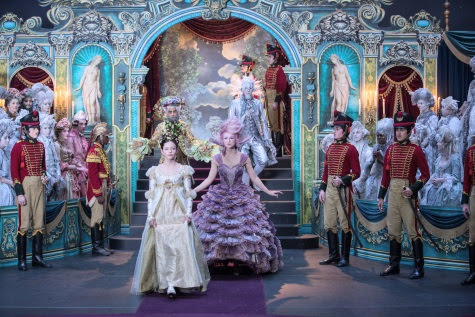 Disney's dazzling adventure "The Nutcracker and the Four Realms"- inspired by E.T.A. Hoffmann's classic tale and the beloved ballet "The Nutcracker"- carried audiences along with 14-year-old Clara (Mackenzie Foy) to a magical, mysterious world with breathtaking performances by Misty Copeland plus sweets, snowflakes, soldiers, scurrying mice... and no shortage of surprises.

Bonus features include a discussion with American Ballet Theatre’s Misty Copeland about her role as the enchanting Ballerina Princess, her personal history with “The “Nutcracker” ballet, and her inspirational and historic rise within the world of dance.

Extras take viewers on the set of “The Nutcracker and the Four Realms” to meet both new and reimagined characters, and discover how the Land of Sweets, Land of Snowflakes, Land of Flowers and mysterious Fourth Realm were created to such dazzling effect. Deleted scenes provide a look at magical moments that didn’t make the final version of the movie


In “The Nutcracker and the Four Realms,” Clara travels along a golden thread, presented at Drosselmeyer’s (Morgan Freeman) annual party, eagerly searching for a one-of-a-kind key that will unlock a music box that holds a priceless gift.

When she enters a mysterious parallel world, Clara encounters a Nutcracker soldier named Phillip (Jayden Fowora-Knight), a gang of mice and three Realm regents, including the Sugar Plum Fairy (Keira Knightley). Ultimately, she must brave the ominous Fourth Realm, home to the tyrant Mother Ginger (Helen Mirren), to retrieve the key and return harmony to the unstable world.