With the release of ANT-MAN AND THE WASP, movies fans are introduced to a female version of the Ghost character versus the male one known in the comics. A change that Hannah John-Kamen, who plays "Ghost" in the film version, feels is important and progressive. 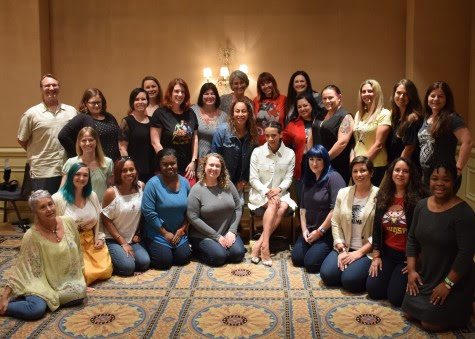 I had the chance to interview Hannah John-Kamen, while in L.A. for the #AntManandTheWaspEvent press junket, and learned how she brought so much to both her Ghost character and to the Ant-Man and The Wasp film. 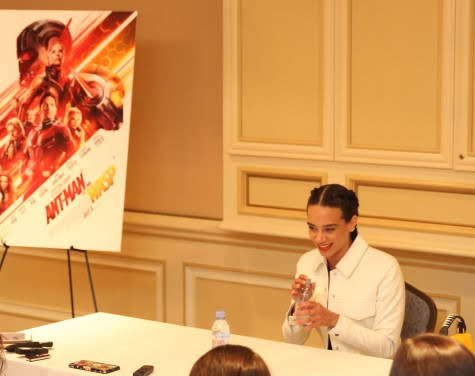 Hannah John-Kamen: Oh, my goodness. It was amazing. I was so excited to join the Marvel Universe, but it was also daunting. It’s overwhelming. It’s a huge responsibility to take this amazing character off the comic book page and be the first person to introduce it into an incredible movie with incredible cast members, which, you know, they’re heroes in life. They are legends. So, yeah, it was amazing. Very exciting.


Playing the role of a male character


Hannah John-Kamen: Well, actually it didn’t come up. It came up that you’re auditioning for this character, and I was like okay. So, when I kinda Googled Marvel Universe Ghost, I saw that it’s originally a man. And I remember my agents then telling me, oh yeah, it’s a man and they’re going a whole different way. And I was like great.

So, to have a male character and be the first person to lift it off the page and give it [her] life and make her a strong, badass woman is so important and progressive and onwards and upwards with that.

Hannah John-Kamen: More, we’ve got wasp in the title. So, that was really fun.

And also with the Ghost character in the comic books, not having a whole lot of backstory, was really great because we really have the freedom to create this character and find out who she is. That was fun.


Suiting Up as Ghost 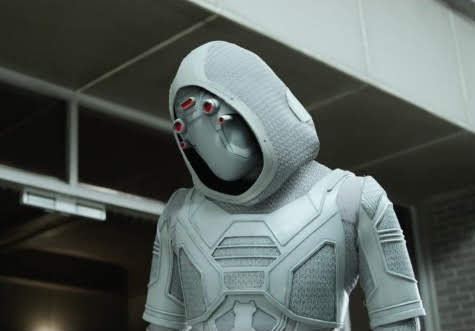 Hannah John-Kamen: The suit does take up a bit of a process. It’s like 40 pieces. There’s a table with all these pieces of gray bits, all being clipped together. Actually by the end of the movie we kind of had it down to, I think under ten minutes, around seven minutes to get the costume on and off, though it’s a three-man job.

But putting that suit on and just the sheer size of the studio and going in and seeing the set and standing there and going holy high, I made it, I’m here. Oh, my goodness. This is nuts.

Yeah, it’s definitely a moment that doesn’t kind of sink in. But also, you feel really badass is all.

Ghost in a different role in Avengers movie


Hannah John-Kamen: I think everyone’s redeemable. I really do. I think Marvel does that genius job with the villainous characters to really not make it black and white. They make it gray. They make it kind of like you kinda feel sorry for them. You’re kind of on their side. You kind of confuse yourself as an audience member and go, hold on a minute. Why am I rooting for this person.

She’s got a job, she’s got her objective. The stakes are really high. But in the Marvel Universe anything’s possible.

Preparing and doing own stunts 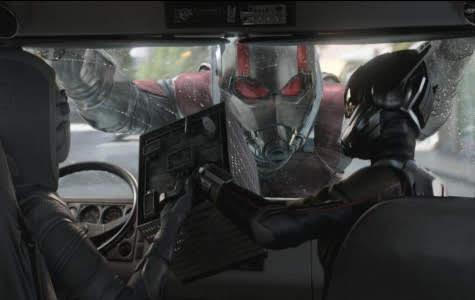 Hannah John-Kamen: I’ve been doing my own stunts in my career for a really long time. And I think it’s really important to do as much as you physically possibly can, because the character is what you bring to it, it’s not just emotional. It’s also physically, especially in, in this Marvel Universe.

We all have different powers. We all have, different styles of fighting. So, it’s important for you to bring yourself and what you want, what the character is, with the movements and the fighting.

Fighting with Evangeline Lilly (The Wasp)

Hannah John-Kamen: Whenever I do a fight scene, I always get this real adrenaline rush. I kind of get a real high of kicking ass. But every kind of fight scene takes time. It takes a long time because you’ve gotta be safe as well. You gotta, you know, figure it out.

Also with restricted spaces, especially like a van, you’ve gotta make sure that, you know what you’re doing. And, they do it in pieces as well. It’s not like, you’re gonna jump over there and run over there, and we’re gonna do it all one. It’s like you kinda do it in sections as well to really nail that move and for that move to sell as well for camera. 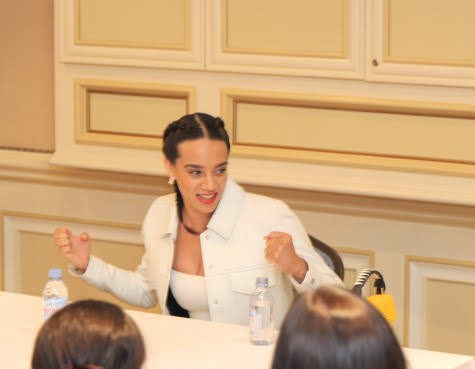 Hannah John-Kamen: With me and Evangeline, I want young girls to go, yeah, we can be badass. And I want them to have our action figurines and actually play with them and go -- you know what? I can be strong just like they are.

She’s an incredible actress, you know, all of her incredible movies, and doing Scarface.


Hannah John-Kamen: He is hilarious. Yeah, he was really fun, but also he’s very respectful. Again as actors we respect each other’s scenes and the stakes in the scenes.

You know, we goof around but then we’re on, we’re on. So, it was really easy to work with Paul. It was so easy.


Message Hope Audiences Take Away from Ant-Man and The Wasp 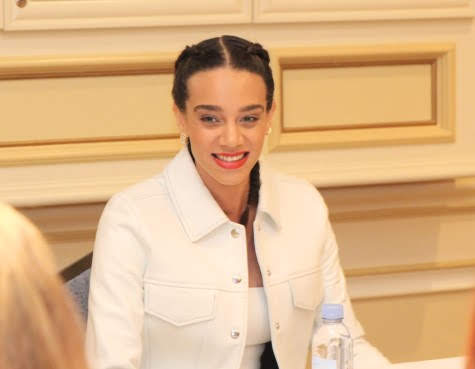 Hannah John-Kamen: I think the message is the film has so much heart in it. That’s what I think separates it. I think that’s actually what’s needed after the devastation of Infinity War. I think you really need to laugh a little bit.

It’s definitely what Peyton Reed has done and has the ability to do, the action and hilarity of the movie, but also have heart in it.

There is a beautiful love story in it. And the characters are redeemable, and there are two sides to the coin. Everyone’s gonna have a lot of fun.


ANT-MAN AND THE WASP arrives in theaters everywhere on July 6th!